This Is My Story and How I Got To Be Here

My name is Margaret Dudley, I am 61 years old and live in the great city of San Antonio, Texas. I have a wonderful, supportive husband and we have three daughters and six beautiful grandchildren.

Remember when cosmetic tattoos were first becoming popular? Permanent lip liner and eyebrows were all the rage. Many of my girlfriends and I had these procedures done and the results were great. It was nothing extreme... just a little subtle enhancement. We are ’baby boomers’ and quite honestly not ready to look like our mothers. I looked and felt great...for a while.

I had not felt well in the years following my cosmetic “tattooing” procedure, and my doctors attributed my many symptoms to just getting older and said it was likely the onset of menopause.

I was really exhausted and fatigued all the time, and was often nauseated and bloated. I began to experience other stomach problems as well as crippling back pain. The worst of it was an awful four-year long ordeal with skin problems on the palms of both hands... severe cracks, bleeding, and extreme itching. I became very depressed as doctors continued to misdiagnose my symptoms for eleven years.

One day, a proverbial light came on and I told my doctor about a lady who had this procedure done at the same place that my friends and I did and she was diagnosed with the Hepatitis C virus (HCV) after she donated blood. My doctor immediately ran the test and the very next day (September 9th, 2011) I received the devastating news that I, too, was infected with this disease.

I immediately began researching and learning everything I could about the disease, trying to learn what was in store for me, what treatment was available, and most importantly, if there was a CURE!

Then I found the best news...

I learned there was indeed a cure for this awful virus that was now growing rampantly in my body. This cure consisted of two drugs, GS-7977 (now called sofosbuvir) and daclatasvir. When combined in Phase II trials this combination cured 100% of the most prevalent type of Hepatitis C without the need for ribavirin or interferon!

And this treatment had minimal or no side effects!

The two drugs with this amazing success rate are owned by Gilead Sciences and Bristol-Myers Squibb. I was actually scheduled to be in this very trial which was being conducted by my hepatologist and leading HCV researcher, Dr. Eric Lawitz who heads Alamo Medical Research Center here in San Antonio; but due to a delay in my liver biopsy I missed the trial by mere weeks. Dr. Lawitz assured me once the results were released in April 2012 the two drug companies who owned these two successful and miraculous drugs would enter immediately into Phase III trials and this life-saving combo would soon be available for me and the countless millions of others who are suffering and dying with this disease. 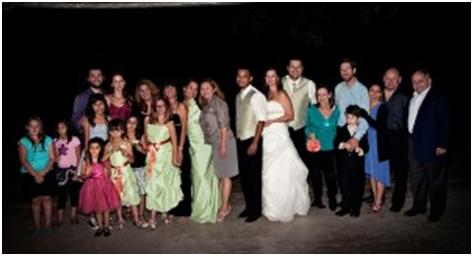 There were many news articles on Hep and other media outlets discussing the progress and amazing success of these trials. My family and I were so confident that these Phase III trials would soon be underway. My youngest daughter even postponed her wedding by six months knowing by then I would be cured. ( My daughter Kim was married this past September 29th)

Then all of a sudden it was abruptly announced by Gilead Sciences that there would be no Phase III trials, with no conceivable or plausible explanation as to why! This felt even more devastating than my initial diagnosis, if that is possible!

Seeing that my life and millions of others now hang in the balance, I launched a petition at Change.org urging Gilead Sciences to make this life-saving medication available for the millions of HCV sufferers as well as for myself. Although it feels much like a David vs. Goliath battle trying to get Gilead Sciences to reconsider their position I have now become an advocate for this cause and have formed a grassroots effort, HCV Coalition for The Cure. I want to bring the nation’s attention to this dire situation.

I have heard thousands of heartbreaking stories from people who need this cure and they need it NOW! I am asking you to sign this petition because everyone is affected by Hepatitis C, either fighting it, or knows a family or friend who is.

“Individually, we are one drop. Together, we are an ocean.” -Ryunosuke Satoro

So your signature could be the drop that creates this ocean! And it may be the very one needed to get this cure for millions.