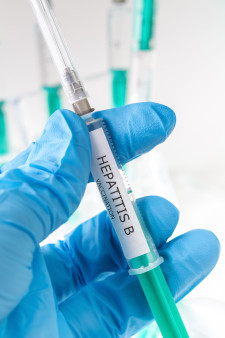 Today I wrap up a week of summarizing noteworthy research from the 2018 Liver Meeting. Although there were many excellent studies, I am most excited about the first one I discuss today regarding hepatitis B vaccination.

Results: Researchers identified 582 studies of which 48 were deemed adequate (9082 patients). They found that patients who did not respond to initial vaccine series benefited from re‐immunization by repeating the vaccine series or a single higher dose vaccine booster. Using this strategy, the overall response is approximately 90% of previous non‐responders. However, the rate varied among populations studied. Those with diabetes or irritable bowel disease had lower response rates after re-immunization. Subcutaneous injection route increased response in patients with HIV by 12%.

My Comments: It’s fairly common for hepatitis C patients to report that despite receiving hep B vaccination, they seem not to be immune to HBV. This happened to me, and when I went to work at Stanford, I needed to prove that I was immune to hep B in order to work there. My boss (and mentor), Emmet Keeffe, MD had worked on the early hep B vaccine studies. He suggested I get a booster, and advised that it be administered subcutaneously. It worked. I wish every primary care provider knew about this.

This study sought to understand whether there were differences in frequencies of vaccine‐preventable disease among adults with alcoholic liver disease (ALD) and non‐alcoholic liver disease (NALD). Using data from January 2012 to September 2015, researchers measured the frequency of patients with chronic liver disease being admitted to the hospital with a vaccine‐preventable disease such as: pneumococcal pneumonia, influenza, herpes zoster virus, varicella zoster virus, hepatitis A virus, hepatitis B virus, human papilloma virus, meningococcal meningitis, diphtheria, pertussis and tetanus.

Results: Researchers identified 267,931 patients with chronic liver disease. Patients with ALD had higher mortality risk and were more likely to die during a hospitalization with a vaccine‐preventable disease.

Conclusion: The most frequent vaccine‐preventable disease in chronic liver disease patients with ALD and NALD was HBV followed by pneumococcal pneumonia and influenza. ALD patients had higher mortality risk when admitted to the hospital with a vaccine‐preventable disease when compared to NALD patients. This suggests a need for more rigorous immunization strategies for patients with chronic liver disease.

My Comments: My position on vaccines is clear: they work, they reduce risk of illness and death. I wish everyone would get them.

Despite the importance of diet on health, we know very little about the role of diet in chronic liver disease (CLD). This prospective study examined the relationships between CLD mortality and 4 diet quality indexes scores:

Data were collected from 169,806 subjects who entered the cohort between 1993 and 1996. Participants were 45‐75 years old and included African Americans, Native Hawaiians, Japanese Americans, Latinos and whites.

Results: There were 753 CLD deaths during an average 17 years of follow‐up,. Latinos had the highest death rate followed by whites, Native Hawaiians, and African Americans. Japanese Americans had the lowest death rate. Following a healthy diet was associated with lower risk of CLD death. In Latinos, the group with the highest CLD rate, the HEI‐2010 , AHEI‐2010 and aMED were associated with lower risk of CLD mortality.

Conclusion: These results suggest adhering to a higher quality diet may reduce the risk of dying from chronic liver disease, especially for high‐risk populations such as Latinos.

My Comments: The index scores used in this study are measurements of healthy eating. The differences between the indexes are not as important as the concept that the healthier one eats, the lower the risk of death from chronic liver disease is. Intuitively, most of us probably figured that out before, but now we have the facts.

Results: Overall, prevalence of ALD is increasing. In 2013‐2016 there were roughly 11.5 million adults with ALD. The extent of liver damage is also increasing, especially among women and Latinos. Increasing age was also associated with significantly higher odds of cirrhosis.

Conclusion: ALD represents a major healthcare burden with increasing prevalence. In 2013‐2016, the national burden of ALD is estimated at over 11 million individuals, among which nearly 4 million are estimated to have significant liver damage. The highest risk of fibrosis was observed in older individuals, women, and Latinos.

My Comments: Sigh…Drinking alcohol is so much fun and so potentially dangerous.

I have fatty liver disease, and my doctor has me on a special diet. Can I break my diet during the holidays? 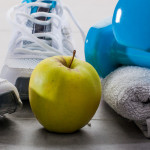 A Healthy Lifestyle Could Prevent Most Liver-Related Deaths