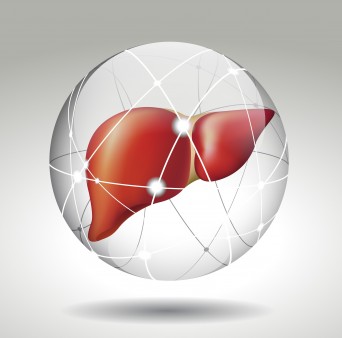 How Well the Liver Heals

Twitter
Facebook
Pinterest
Tumblr
Email
Advertisement
One of the great horrors of Hepatitis C is cirrhosis, when the liver tissue becomes home to an increasing mass of scar tissue. It comes on us slowly, over the years, and it has been greatly feared because most people think it is irreversible but every week now I get messages from people telling me how well their liver has healed once the virus is gone.
So what is cirrhosis?
Essentially cirrhosis is scar tissue formed in the liver as the result of some form of toxin.
Alcohol abuse is one of the commonly known cause of cirrhosis however the battle between the Hep C virus and our own immune system is another cause.
The bad thing about cirrhosis, this scar tissue, is that it provides a place where the Hep C virus ‘hides’ from the medication we take to remove the virus. That is to say because scar tissue does not have blood vessels like normal flesh it is difficult for medication, which is carried in the blood, to penetrate, or saturate, scar tissue so virus that is living in the scarred areas of the liver is harder to reach. This is one reason why people with severe cirrhosis are often given longer treatment periods. This is particularly the case with Hepatitis C Genotype 3, which has proven a true beast to clear,
The other problem with cirrhosis/scar tissue is that this is the area where tumours or cancer is likely to form. The chances of getting liver cancer as part of the Hep C package becomes much higher when a person gets to cirrhosis stage.
The level of liver damage/scarring is called Fibrosis and there are several ways of detecting and measuring fibrosis, which include the biopsy, CT scan, Ultrasound scan and Fibroscan.
The common measurement for fibrosis is the ‘F’. So F0 means no fibrosis, F1 a little, F2 more, F3 even more and F4 means a person has cirrhosis.
When I was tested using first Ultrasound, then CT Scan and then the Fibrascan my rating was F3 bordering on F4. In other words I was almost at the cirrhosis stage.
In other words I had a lot of scar tissue in my liver. This combined with my ALT (enzyme) levels of between 600 and 800 told my doctor that I probably had liver cancer or would get it soon.
That is one of the reasons I went to India immediately generic Sofosbuvir became available.
Now the point of all this stuff I have just written is to tell you that now my liver is at F1, in other words my liver has done a LOT of healing.
Of course if this was just about me and my liver it would not be very interesting however over the last 6 months, as more and more people complete their treatments and clear Hep C from their system, more and more people write to me and tell me the same story. Their ‘F’ ratings have dropped and dropped significantly. Lots of people report reaching F1 or even F0 after end of treatment.
So there are two things to take from this story: one is to get treatment as soon as possible so that you do not reach cirrhosis and the other is that once you have cleared the virus your liver will heal.
The liver is an amazing organ and given half a chance with the removal of the virus and a good healthy life style then the liver will heal itself.
So cheer up if you are F1 or F2 or F3 or F4, once you clear the virus your liver will improve. Just how much it improves will probably depend largely on the life style choices you make post treatment, but given a chance your liver will do its best for you!
Advertisement