Our Very Own Superhero

Twitter
Facebook
Pinterest
Tumblr
Email
Advertisement
Something troubling happened to a very young friend of mine today. First, I want to share a little history about my special friend. Zachary is a 6-year-old second grader in Virginia who is struggling with hepatitis C. Little Zachary contracted this disease at birth and was adopted into a loving family. This family has gone through so much. They had no experience with hep C, so Kelly (Zachary’s mom) learned all she could about this disease. She educated herself about the ins and outs of hep C, including transmission, treatment and cure. Despite the fact that Zach is only six years old, he has already undergone dual therapy with interferon and ribavirin, but didn’t respond. Zach has gone through more at his young age than most adults with hep C face. Currently, Kelly is waiting for approval for the new treatment so Zach can be cured of hep C.
Kelly has created a life for her son that is as normal as normal can be for such a young boy fighting this nasty debilitating disease. I’ve seen pictures of the family on picnics, at the swimming pool, and at the local carnival, all with a smiling Zachary enjoying life with his siblings.
Recently, Kelly noticed a few changes that have been happening relating to Zachary’s school. Zachary came home and talked about his loose tooth. He revealed that he would be in trouble at school if he reported his loose tooth at school.
Next, Kelly was talking to Zachary about the importance of sneezing and coughing into a tissue. From this conversation, she learned that Zachary had been barred from using the computer at school because he sneezed, possibly on to the computer. Today, permission slips were sent home with all the students except Zachary, inviting them to join an afterschool-wrestling program. This is something he really would like to do.
On numerous occasions, Kelly has educated the teachers and officials at school about how hep C is transmitted. She and her eldest daughter went before the school board today, hoping to share her concern and bring correct information about hepatitis C to the forefront. Kelly is fighting for her son to have the same right as any other child in school.
This is very disturbing to me. It’s bad enough that adults face the STIGMA of this disease. However, a young child who is confronted with judgmental teachers and coaches who are training other children how to be judgmental - that is unacceptable!
Don’t they see that by isolating Zachary in front of the class, they are teaching other children to be afraid or to shun Zachary! This can trigger bullying!
Little Zachary does not fully understand why other children are acting the way they are, or why all the other children are allowed to use computers or join the afterschool- wrestling program. This reminds me so much of Ryan White’s story...the little boy who had AIDS.
Has hepatitis C become the NEW AGE STIGMA for a disease? Are we going to sit back now and let this happen? Millions of people in the United States have this disease; many don’t know it or have not been diagnosed yet. Are we going to sit back and say NOTHING?
I can only speak for myself...I am not going allow a young child to suffer anymore because of the public’s ignorance about hepatitis C. It is time WE all unite and become a huge voice not only for ourselves, but also for all the “little Zachary’s” in this world. These kids have the same dreams as all kids, of becoming superpower heroes with super forces that can save the world. 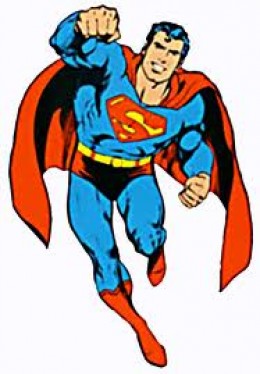 Won’t you help him? Speak up and be the voice for all those who can’t. This stigma needs to be destroyed once and for all. If you are reading this, I urge you to take a stand. Stop hiding behind this disease. Be the superhero you once dreamed of being and help save the world. Now is YOUR chance. Let’s show Zachary the meaning of unity with a force that is unbeatable.
"Not without a Fight!~HCV~(c) Together WE are STRONG!
Kim Bossley
P.S. To my little buddy: May you look back on this post some day, and see all those who truly love you, May you always know YOU ARE MY HERO!  Thank you, Kelly for being a true example of a mother’s love for her child.  Many blessings always. xoxo