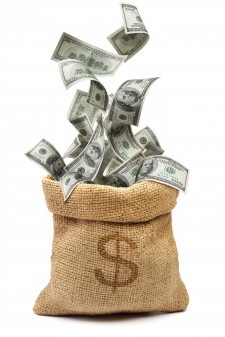 International Corruption and Big Pharma: Buy or Die in Taiwan

Twitter
Facebook
Pinterest
Tumblr
Email
Advertisement
It seems that June is the month for talking about the International Hepatitis C situation and how Big Pharma uses its money and influence to corrupt government and medical officials and institutions. This post is about Taiwan but let me just talk about how these things work before I get into the story.
It is difficult for the average person to comprehend the amount of money that Big Pharma has available to use in the process of corrupting people in government and medical professionals.
For example Gilead makes tens of billion of US dollars in profit every year. One billion dollars is one thousand million dollars. So IF a company like Gilead was to dedicate one billion dollars each year to buying influence, buying favors it would be able to give US$1,000,000 to the ten most influential people in the 100 wealthiest nations on Earth.
In other words it could choose the 1,000 most influential people in the world of medicine  and health care and give them each $1,000,000 each year to bend rules and laws in the favor of Big Pharma and it would make no difference to the profit margins of the year.
And that is what happens... on a larger scale than this, not only with governments but with professors of medicine, with the heads of departments at medical universities and research hospitals.
It happens on a scale that you and I cannot comprehend.
In the case of Hepatitis C Big Pharma buys the leading Liver Specialist in all the major countries and the officials in the regulatory authorities. It buys them with grants, with gifts, with donations, with out and out bribes.
Big Pharma buys the favor of these influential people and we die, we die in the hundreds of thousands. Our friends die, our children die, our mothers and fathers die, all because of the corrupt practices of government officials, doctors and Big Pharma that keep life saving medicines out of our reach.
Buy or die indeed.
Below is an email I received today from a lady whose sister had Hepatitis C in Taiwan. She could not afford the US$90,000 for Harvoni so I assisted to helped her sister with the generic option.
To read the email and the rest of this blog, visit Geg’s website and scroll down to June 16
Advertisement