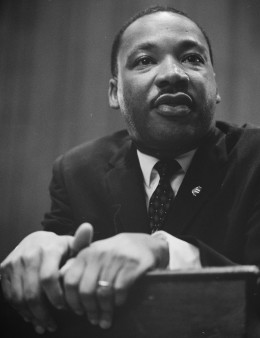 As we celebrate the birthday of Rev. Martin Luther King, Jr. this week, it’s worth remembering one of his many powerful quotes: “Of all the forms of inequality, injustice in health care is the most shocking and inhumane.”

Indeed, Dr. King would most likely be appalled by the Trump administration’s decision last week to allow states to impose work requirements on Medicaid recipients. The implication that Medicaid beneficiaries are lazy con artists who enjoy going to the doctor for free is neither new nor original; President Reagan pushed his narrative about “welfare queens” to sell the idea that government should cut public assistance because single mothers were using government money to live high on the hog. The message was, as it is now, a thinly disguised attack on poor people, and a suggestion that poverty and criminality are intertwined to the point where they may as well be the same thing.

Many people with hepatitis C depend on Medicaid for their health care, and those who do not work are not likely to be unemployed by choice. All too often, they find themselves shut out of jobs because of criminal background checks, or unable to find affordable child care, or working at a part-time minimum wage job that does not offer health insurance, or confronting any number of other scenarios that politicians would prefer we ignore so that we can justify taking health care away from poor people.

There is something particularly insidious about a policy initiative that empowers government to deny help to sick people under the guise of claiming that it is acting in their own best interest. The work requirement initiative has always implied that people enrolled on Medicaid need to be told to work, because they have become dependent on receiving help from the government, and now the government must stop helping them “for their own good.”

Dr. King would likely respond by saying that poor people don’t need to be told what to do. Most poor people have been working all their lives, for next to nothing. They are not strangers to work. And if they get sick, they deserve to be treated just as anyone else would.

But the politicians who approved the decision on Medicaid work requirements are not interested in the nuances of people’s lives, the details and detours that drive people into the difficult situation of needing help from the government. In Kentucky, up to 95,000 people are estimated to lose access to Medicaid over the next five years because of the new work requirements. How many people will lose access to the cure for hepatitis C as a result of the new requirements? Most likely we will never know, because many people will now lose the opportunity to get tested.

Dr. King once warned that there is nothing more dangerous than “sincere ignorance and conscientious stupidity.” It’s difficult to conceive of a more apt description of the decision to approve Medicaid work requirements. 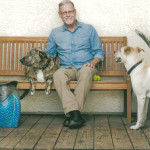