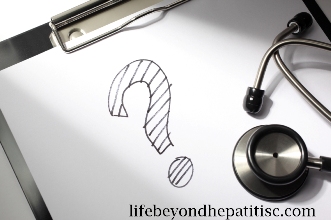 There are differences between Incivek (telaprevir) and Victrelis (boceprevir) in treatment for Hepatitis C, specifically side effects and length of treatment. Information on what is common and differences need to be considered.

What’s Common in Both: In both Protease Inhibitors; Length of treatment will depend on: It is important to be proactive and read full information on both medications. Talk to your doctor and ask questions when deciding which one is right for you.The Differences; Treatment Regimen, General Length of Treatment and Side Effects: Treatment Side Effects:

Most Common Side Effect of Victrelis (boceprevir) listed from Merck:

If this happens, medication may need to be adjusted, or medication given to stimulate production of red blood cells such as Procrit, or in some cases blood transfusions are needed.

It is important to understand, side effects listed by the pharmaceutical companies does not mean you will experience any or all of these, but these have been reported. The good news is you will be closely monitored by your doctor and if you do experience any side effects there are medications to help alleviate majority of these symptoms.

Make sure to contact your doctor if you experience any side effects to report your condition and get help for relief.

And remember, this is temporary and it will pass. Many patients report side effects cycle out. A good way to look at treatment is, you are in battle and your army (the treatment) is fighting for you, killing the virus and restoring a healthy liver. You can do this!

Do you have a question or comment about Triple Therapy?