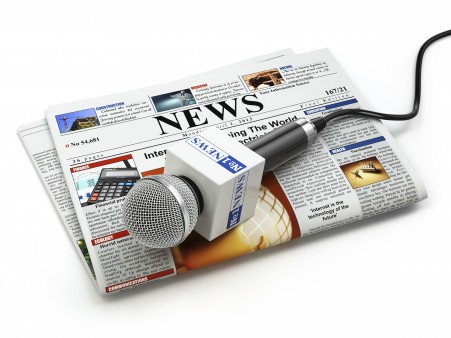 Recent headlines in the Guardian stated, “’Miracle’ hepatitis C drugs costing £30k per patient ’may have no clinical effect’.” I felt sick. Then I read the article and was outraged. The Guardian states, “Drugs that have been hailed as a cure for a debilitating and sometimes fatal liver disease – but have threatened to break the health budgets of most countries because of their cost – have not been proven to have any effect, according to a new review.”

The review the Guardian is referring to, is a report issued by the Cochrane group. For those who aren’t familiar with Cochrane, this collaboration tries to provide bias-free evidence. It is virtually impossible to eliminate bias, but Cochrane’s goals are admirable. A review from Cochrane stating that hepatitis C treatment may have no clinical effect is deeply disturbing.

Then I read the review and said, “Huh? How could they have reached those conclusions?”  Before I elaborate on Cochrane’s findings, I want to share an analogy that immediately popped into my head when I read the article. I since read a similar comparison by Jules Levin of the National AIDS Treatment Advocacy Program (NATAP). The fact that we both had the same analogy underscores the absurdity of Cochrane’s conclusions.

Back to the analogy: The evidence showing that  the world is round is quite conclusive. It’s not worthy of debate. However, I want to be sure, so I look at all the studies that measure 10 feet of ground. All of them show that those 10 feet are flat. Therefore, the world must be flat.

This is essentially what Cochrane did. They looked at short term hepatitis C drug studies and concluded that there were no long term benefits.  This is nonsense. Per their words, “The combined intervention period and follow-up period ranged from one day to 120 weeks with an average of 34 weeks.“ Cochrane reviewers further reveal flaws, “”We chose pragmatically to only assess outcomes at one assessment time point, that is, the trial’s result as provided at maximum follow-up. Most trial results were only short-term results. Hence, our results can neither confirm nor reject that DAAs have clinical long-term effects, which is a further limitation of our present review results, especially because most of the harmful effects of hepatitis C take years to develop."

So how did they come to a different conclusion? Beats me. But lies and disinformation are all too commonplace. The Pharmaceutical Journal jumped on the headline bandwagon and wrote, “Study finds no evidence for clinical effect of direct-acting antivirals against hepatitis C.” Well folks at Pharmaceutical Journal, the reason the study didn’t find evidence is because they didn’t look for it. If I only look at 10 feet of ground, I suppose I could say, “Study finds no evidence that the earth is round.”

Jules Levin summed it up best. “There is so much data and so many studies establishing the benefits of achieving an SVR [sustained viral response] with today’s new DAA [direct-acting antivirals] HCV therapy for both patients and society, that there is really no need to defend this or even to respond to such absurd claims as that reported yesterday by the Cochrane reviews that SVR by DAAs are not beneficial. Issuance of such a report is not new. Over the past several years Cochrane and others have issued similar biased reports. We stopped responding to these after the first 1 or 2 several year ago, it’s like saying the earth is flat. And I do not see any reason to pay much attention to this Cochrane Review either.”

Then Jules provides more than 25 studies showing evidence of the benefits of hepatitis C eradication. If you still need convincing, you can find a list by clicking on this link.