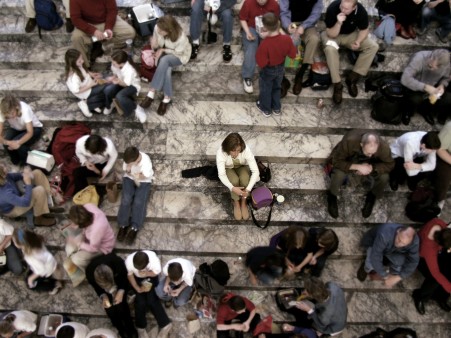 I was open about having viral hepatitis, reassured by my doctor that I would not transmit the virus to others, assuming I followed some basic precautions. So, when my babysitter’s parents called me and said that their daughter would not be coming to my house anymore, I was stunned. It was the first time that I felt the sting of the stigma attached to hepatitis C.

In time I realized that I had it relatively easy. I was white, educated, straight, had health insurance and an informed medical team. I didn’t get hep C from using drugs, so my brush with stigma was just a sting rather than the full blown bite that people who use drugs experience. Still, it hurt. In fact, it was upsetting enough to motivate me to act, to try to right the wrong of stigma.

I could have gone underground with my status, but I didn’t. This is easier to do when one is privileged. Had I been a drug user, the rejection would have been more than just painful—it could have been life-threatening. Drug users, people of color, and others who live with prejudice are at risk because of narrow-mindedness. Treatment may be withheld. Health care isn’t always humane, and it isn’t just.

So, I spoke up and spoke out. Someone had to. I wasn’t the first, nor was I the loudest. I was just one more person who wouldn’t be shamed, and who wanted everyone to be free from stigma.

It’s been 30 years since I first contracted hepatitis C. It’s now a curable disease, and technically I am free of both the virus and the stigma. However, I believe that until we treat everyone, we all carry the burden of hepatitis C. We may be a few years away from eliminating hepatitis C, so in the meantime, we must work to stop the stigma.

March 1, 2018 is designated as Zero Discrimination Day. Find out what you can do to stop stigma because #StigmaStops.