Twitter
Facebook
Pinterest
Tumblr
Email
Advertisement
The situation in Serbia for people with Hepatitis C is very unfortunate.
Like Sweden the Serbian Customs devotes a lot of time and energy and resources to stopping generic Hepatitis C medicines reaching Serbian people with Hep C.
Unlike Sweden Serbia does not have a public health system that can afford to treat Serbs with Hepatitis C regardless of whether they are F2 or F4. On top of this the general economic situation in Serbia is so dire that most Serbs earn below 100 euros a week and often much less than that.
For example last week I received an email from a Serbian woman with Hepatitis C who is a single mother who supports herself and her child on an income of 50 euros per week. She has no chance of getting treatment from the Serbian Public Health service and of course she has no way at all of affording the 60,000 euros that Gilead wants to charge her for Harvoni. Indeed she has no way of affording generic treatment, even if she could get it past the Serbian border guards.
So in Serbia there is a situation where the government cannot afford to offer any effective treatment to its citizens and yet goes to great expense to prevent those that can afford to from importing generic treatment. The effect of this is that Serbians who have severe Hepatitis C just get sicker and sicker and eventually must be hospitalized, thus costing the Serbian health system, the Serbian economy,
The first enquiry I ever got from Serbia was from a man with a young family who lived in rural Serbia. He (like many Serbs) contracted Hep C from a blood transfusion. He was desperate for a cure but was certain that there was no way I would be able to send the meds to him. I tried but they were stopped at the border and, thankfully, returned to India.
After much discussion we agreed that the best option was for him to fly to India however this was an extreme financial burden for him and furthermore he suffered from extreme claustrophobia which made flying to India impossible.
Knowing her father’s predicament his teenage daughter volunteered to do the trip to India and to reduce the cost of the trip a friend who also had Hep C offered to pay 60% of the airfare in return for the daughter bringing back two lots of generic Harvoni, one for her father and one for his friend.
But that was the complete end of their money, with the cost of the medicine there was no money left over for accommodation or cab fares or food or anything.
Here my contacts in India were able to assist and I arranged that when this brave young Serbia girl arrived in Delhi that one of my friend would be waiting for her at the airport exit to hand her the meds and she would then return into the airport and fly straight back to Serbia...
Click here to read the rest of Greg’s blog, “Hepatitis C Treatment in Serbia.”
Advertisement 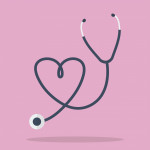