Haven’t heard from me? Missed me?

Then I spent four 18 hour days at the actual event, where I dealt with online scoring, spreadsheets, databases, entries, refunds, vet certificates, payments, seeded draws, pointscores, score sheets, rider requests, camping, stabling, publicity, social media, and emails.
This year our equestrian showjumping committee decided to run an FEI World Cup. This is the creme de la creme. There are 14 World Cups in Australia over the 2015/6 season. Ours is one of the 14. It is the only non-metropolitan one in NSW. It’s big, it’s important and it has to be right. It’s an internationally recognised event. 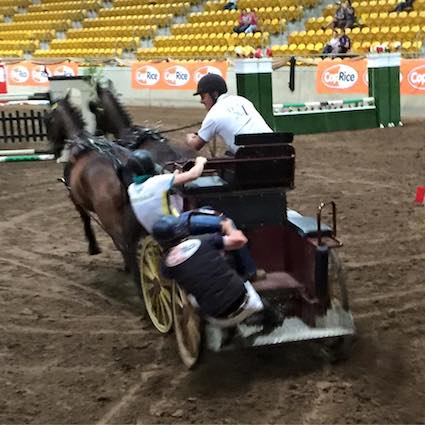 This is Boyd Exell, 5x Carriage Driving World Champion, in the Ride and Drive with Dave Cameron, 2x Australian Showjumping Champion providing ballast at the back.

For my sins, I do the entries and admin prior to the show and this time I did the live scoring during the show. To say the job is all encompassing does not do it justice. Combine it with a day job and it’s verging on impossible if you are an obsessive compulsive like me.

Combine it with being only one month out of six month treatment for hepatitis C and you’d be right to think I was a little crazy.

Well clearly I survived, because here I am writing this blog entry. Should I have done it? Probably not. Was I exhausted? You betcha! Did I notice some lingering side effects from HCV and treatment? Sure did.

I was exhausted at the end of every day. I generally finished getting results up, draws done and everything ready for the next day by about midnight. I was up again at 6, to start it all over again. I don’t know that I was any more exhausted than I would have been a year ago, but it did seem to take its toll on me more than others.

I noticed that the constant immobility of sitting at a computer for hours on end - anything up to 3 hours at a go, for at least 10 hours a day - led to some oedema in my lower legs. That’s unusual, as it is generally controlled by a very low dose of diuretic. I’m going to blame the lack of movement and the sitting, as once I got back to my normal work days it went and hasn’t resurfaced. But really, that was about it. No brain fog, nothing else of consequence. I was on the ball except for the last day, but I noticed a few committee members were flagging so it wasn’t just me.

I felt pretty pleased with myself. I really challenged my capacity and came out on top. I put in some of the hardest weeks of my year and only cried once, when I made a mistake adding up a pointscore.People said I was looking well and that’s always nice to hear.

And I don’t have to do it again until February. 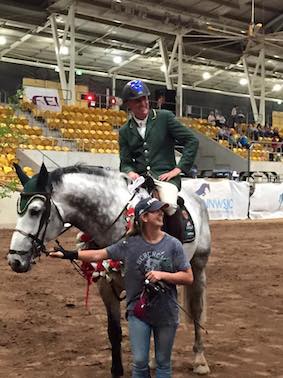