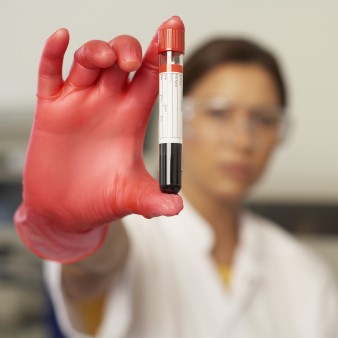 Over the past year or so I have exchanged emails with many hundreds of people asking me to explain what their tests results mean. Usually this is because their doctor or specialist has not bothered to take the time to give this explanation or has explained things in such technical terms that the patient has not understood what was being said.

Of course not all doctors do this and I am sure the majority of doctors give a good explanation to their patients however the numbers of people who do not understand what their Hepatitis C test results actually mean is high enough to concern me.

For this reason I am writing this little guide in the hope that it will be of use to some people in understanding what Hepatitis C tests there are and what they mean.

The HCV antibody test is usually the first test done when a doctor suspects a patient has Hepatitis C; it is a cheap and simple test. This test looks for the antibodies that your immune system makes to try to kill the Hep C virus. If this test shows that you do have Hepatitis C antibodies present in your blood it means that at some time you have had a hepatitis C infection; it does not mean that you are now infected.

The facts are that over 20% of people (more than 1 in 5) who are infected by the Hepatitis C virus will clear the virus with their own immune system. If you are a woman then the self-healing rate is actually closer to 30%. These people will always carry the Hep C antibodies but are no longer infected.

If you have been treated for Hep C and cleared the virus you will also always carry the Hep C antibodies. As with people who have ‘self-cleared’ you will have those antibodies in your blood for the rest of your life.

These antibodies have been made by your own body and have nothing to do with whether or not the virus is still present.

It has been very disturbing for me to realise how many doctors do not know this simple fact and I have answered emails from many people whose were very distressed because their doctor has told them that they have Hep C based solely on the results of the antibody test.

Of course the up side of this is that when I suggest that they get the next stage of testing and they discover that they do not have Hep C they are greatly relieved, often “dancing on the moon”.

After the Hep C antibody test there are several options for which testing path to follow.

Because RNA, or genetic testing, for the Hep C virus is relatively expensive at about US$250 per test, for many people in the world this may be more than one month’s wages and impossible to afford so if money is an issue a Liver Function Test is an option to consider.

The Liver Function Test is a relatively cheap test that looks at various enzymes that the liver produces. If the liver is being damaged by the Hepatitis C virus there are certain ‘marker’ enzymes that indicate liver damage. The main ones are called ALT, AST, ALP and GGT. If these enzymes are significantly above normal levels AND you have Hep C antibodies then there is a very high chance that you have Hepatitis C and further testing for viral load and genotype, or just starting treatment, could be considered.

If money is a problem some people do decide simply to go ahead and start treatment with a generic Hepatitis C medicine that is effective against all genotypes of Hep C, such as Darvoni (Sofosbuvir 400 mg + Daclatasvir 60 mg). Because the cost of Darvoni is less than US$800 delivered it makes good sense to avoid spending between US$300 and US$500 on further testing if you can clear the virus for only $800.<

However if it is possible then doing the next round of testing to discover viral load and genotype is ideal.

The quantitative HCV RNA test measures the amount, or number, of hepatitis C virus in the blood. The result will be an exact number, such as “1,378,980 IU/L.” Many people refer to the quantitative measurement as the Hepatitis C "viral load”… the load of virus a patient is carrying.

The viral load measurement does not tell anything about the severity of a patient’s liver disease or the degree of fibrosis (liver scarring). For that information, the patient would need a liver fibrosis scan (Fibroscan).

If a quantitative HCV RNA test result is reported in a form such as “<615 IU/L,” (under 615) this means that the quantitative test used cannot measure the hepatitis C virus below that number. It may mean that there is no detectable HCV RNA in the patient at all, but it may also mean that the level of virus is just too low for the test to pick it up. A qualitative test should then be performed to see if there is any detectable hepatitis C virus at all.

The Qualitative HCV RNA test uses either a process called PCR or a process called TMA. Either type of qualitative test will report whether the hepatitis C virus is present in the bloodstream or not. The result is reported as either “detected” or “not detected.”

If a qualitative RNA test is positive (detected), then it is confirmed that the patient has Hepatitis C DNA in their blood. The “qualitative” test is more accurate than the “quantitative” test because qualitative tests are able to detect very low levels of the virus.

So there are four test options for Hep C.

The Liver Function Test (LFT) does not test for Hep C but in combination with the Antibody Test is a good indicator of chronic or acute Hepatitis C.

As with all testing the RNA based tests are not infallible and it does appear that very small amounts of “dead” Hepatitis C genetic material can survive in the patient’s blood for some time after the virus has actually been cleared.

I call this effect a ‘shadow’ and I don’t know what it means other than a lot of people have had this experience and thought that they had relapsed only to find that they had not relapsed. It is an area that needs more research.

Please note that I am not a medical doctor and the advice I am giving is based on my own personal observation and communications with people who have Hepatitis C.