I Agree With Everything That She Says..... 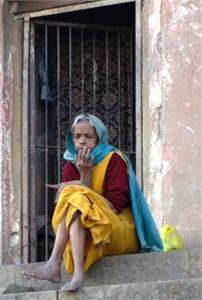 There has been a bit of a gap between my last blog and this one as I’ve been in India celebrating my new found energy and picking up new viruses.

Back in London I’m hustling for the next Â£20K to make the rest of the documentary which will focus on other case studies and the way forward with the new drugs.

While I was editing the promo I went through the footage with a fine tooth comb. There are lots of interesting bits which won’t make the film but will be good to post here.

This clip is from an interview with me and Louie shot in January 2012. Fiona who was filming asked me how I caught hep C and how I dealt with the guilt I must be feeling from passing hepatitis C onto my son.

My answer is below. I’ll post Louie’s answer later on in the week.

This entry was originally published February 26, 2014 on The Hepatitis C Trust. Reprinted with permission.