Hepatitis C: Brother, can you spare a vial or 5 of blood? (subtitled “Do we over-test?”)

As I ponder, I’ve been pondering how much of this testing is over-testing. Assuming treatment of a relatively healthy (save the HVC) person without cirrhosis and and minus co-morbidities, with new direct acting anti virals, why do we test so much? I get that tricky patients such as myself need to be checked over a bit more than your less complicated patient, but in one 12 month period I had seven viral load tests.

I liked the fact that people were checking my liver function, my blood chemistry, my basic bodily functions. It was important for me to know that everything was on an even keel, especially as I was taking ribavirin. I know that for other complex cases, medical staff will want to monitor responses to the medication carefully. But in this brave new world of amazing medications, apart from checking because it is all so new, I wonder if checking viral loads as a matter of course is necessary. In fact, I  wonder if the 4 week test might not lead to anxiety in those that are not undetected at that point. I know I was anxious when I still had a tiny amount of the virus floating round at 4 weeks into treatment.

What is the important viral load result? In my mind it’s 12 weeks post treatment. That’s the one you want to see clear. All the rest are just signposts along the way. And as the road is pretty straightforward for most people, perhaps that’s the one we need to focus on.

I know with my treatment, everything in my blood tests went some way to showing the success of my  treatment. My liver function markers went down. My bilirubin went down. Everything (except those darned platelets! And my haemoglobin!) started to normalise. As markers of success, those were as good as I could hope for. The viral load test was just the icing on the cake.

So do we need to test viral load so much? And if we do, why? What tests do you think are the important ones?

Important warning: Bear in mind, everything I say comes from the point of view of a patient. My degree is in education, not in medicine. I’m just pondering - something I can do because I’m on school holidays, being a teacher and all. Not a doctor. Doctors are awesome, but they don’t get school holidays like teachers do. ;) 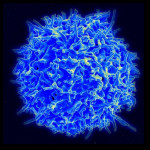