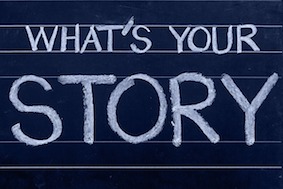 All the discussion about the interview? Should I? Shouldn’t I? Will I? Won’t I?

There are 230,000 hepatitis C stories out there in Australia alone. On Wednesday I got to tell mine.


I went into ABC Regional Radio to pre-record the interview. We discussed the shape we wanted the interview to take and the no go areas. I only had two. One was how I personally got the virus.  I’m tired of stigma being amplified with “oh it’s not their fault they got it so it’s okay” hep C people and “well, what do you expect with that lifestyle” hep C people. I also was not prepared to talk about my work as it was a personal interview, not work-related. We mapped out possible questions. I was happy with all that and I trust the interviewer. I also know her and she’s interviewed me for work a few times. I’m hoping she’ll play it on World Hepatitis Day 28 July.

I was in the studio for an hour and a half.

We covered a huge amount of ground in that time, a lot of which will not make it to the “live” interview, but the interviewer wants to put some of it online as well.

We talked about what HCV is, what it means to people living with it, how you can contract it and just how bloody (no pun intended) serious it is.

We talked about my initial diagnosis - which meant nothing to me, as I had no real idea what it meant - and how I buried my head in the sand and went on as normal, making no concessions to the virus. We also talked about the moment my doctor told me how sick I was, and how I became almost frozen with fear and grief and sadness.

I spoke about the old treatments, and how hard they were - on me and - well everyone! Did anyone do well with their sx? Not that I know of. I spoke of my failed treatment and my declining health and how I was actively looking for treatment overseas.

Then the moment when I made contact with St Vincents and I realised I might still have options here in Australia. I talked about how this treatment has a better success rate and is much better tolerated. About how you can continue to live your life while on treatment, and just how lucky I was.

Then I moved into what you need to consider if you have HCV or may have been exposed to it. Getting tested. Getting a liver check. Making contact with liver clinics or specialists to investigate options.

And finally - I said if you know anyone with this virus, or you have it yourself - LOBBY the politicians to include it on the government funding list. It’s expensive but so is dealing with liver cancer, end stage liver disease (ESLD), transplants and the like.

That was  about it.

I came out feeling like I’d been hit by a steamroller. I was emotionally exhausted, shaky and chilled. I think it was the process of telling my story in one go. Most people who know about my diagnosis have come on the journey with me for many years. I give them updates, not the entire “War and Peace” saga all at once.

I came home, had a hot shower, put on trackies and lay on the lounge with a blanket. I slept.

Do I regret it? No, but it hasn’t gone to air yet, so I haven’t copped any backlash. Will I regret it? No, because if this changes people’s minds about me, they don’t deserve me as a friend. Am I a little anxious? Sure, because no one wants to think people are saying mean things about them. But it’ll be a storm in a teacup - it’ll pass and people will find something else to talk about.