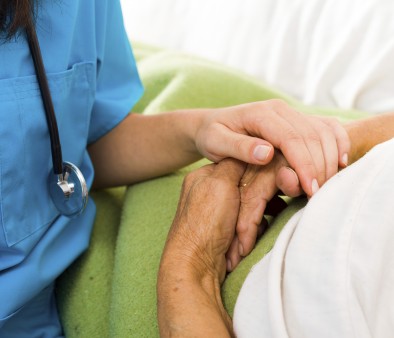 I am rattled by a recent announcement by the European Medicines Agency (EMA), which is the agency in Europe that oversees drugs much like the FDA does in the U.S. There have been reports of hepatitis B reactivation in patients who have been infected with hepatitis B and C viruses, and who were treated with hepatitis C direct-acting antivirals (DAAs). Hepatitis B re-activation refers to a return of active infection in a patient who formerly had inactive HBV. This has triggered a review of DAA use.

Unfortunately, there is more. Data released at the 2016 meeting of the European Association for the Study of the Liver (EASL) reported an unexpected higher risk of recurrence of hepatocellular carcinoma (HCC or liver cancer). The study (Development of Hepatocellular Carcinoma in HCV Cirrhotic Patients Treated with Direct-acting Antivirals - Federica Buonfiglioli et al.) brings up this question:  Are patients who had HCC and were treated with DAAs at increased risk of cancer returning earlier than patients who were not treated with DAAs? (A smaller, second study showed similar results: Unexpected Early Tumor Recurrence in Patients with Hepatitis C Virus-related Hepatocellular Carcinoma Undergoing Interferon-Free Therapy: A Note of Caution - María Reiga et al.)

The data are confounding. I am not even going to pretend to have an opinion about the HBV reactivation. Speculation without evidence is a waste of time, and I’ll leave that to the EMA.  I pray that we find answers to that soon.

As for the HCC reactivation, there isn’t enough data to form an opinion in this case either. However, there are ways to look at this that knock the fear down a notch. Let’s begin with what we know:

According to the World Health Organization, liver cancer accounts for 662,000 deaths and is the third leading cause of cancer-related death in the world. Most HCC cases occur in patients with chronic liver disease, and most of these are in people with chronic hep B or C. Approximately 80% to 90% have cirrhosis, and most of the remainder have moderate to advanced fibrosis.

Sustained virologic response (SVR) was achieved in 89% of patients at 12 weeks post-treatment. At 24 weeks post treatment, active HCC was detected in 7.6% of all patients (n=26) without a history of HCC. This is considered a standard rate for cirrhotic patients. The 59 patients who had a previous history of HCC, the recurrence rate was 29% (n=17). The HCC recurrence rate is normally about 30% but it does not generally happen this quickly. Normally, it takes a few years for lesions of this size to appear.