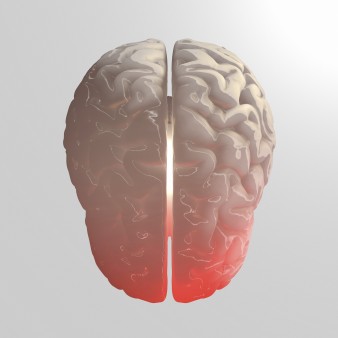 In 2010, Karen Hoyt noticed that her feet and abdomen were swollen. She had ridden her bike in 100-degree heat, and blamed these symptoms on the temperature. A friend insisted that Karen see a doctor. Upon examining her, the nurse practitioner sent Karen to the hospital. She would learn that she had cirrhosis caused by hepatitis C. Karen was in end-stage liver disease, and she was dying.

Karen didn’t believe any of it and tried to check herself out of the hospital against medical advice. Karen is bright, but at that moment, her intelligence was useless; she was cognitively impaired and didn’t know it. Karen didn’t have the ability to comprehend her diagnosis because she had hepatic encephalopathy (HE), a brain disorder that develops when the liver is unable to remove toxins in the body. One toxin is ammonia, produced by the body when proteins are digested. If ammonia builds up in the bloodstream, it can damage the nervous system.

HE is a horrific complication of liver disease. Not only does it affect patients, it can be devastating for those caring for a loved one with HE. It is like watching your loved one become someone else, someone that you don’t know. This pain is captured in the movie He’s Back: Wrestling the Monster at www.hesback.com.

About seven out of 10 people with cirrhosis develop HE, although many cases are mild. Early HE diagnosis is critical and may help reduce HE progression. People with chronic liver disease are at greater risk of developing a more chronic form of the disorder where symptoms get worse or continue to come back, known as “HE recurrence.”

HE may begin with subtle changes in behavior, mental state and thinking ability. HE is graded on a scale of zero to four. The fourth stage is when the patient is comatose.

Don’t try to diagnose yourself. Most of us have days when we feel like we have grade 2 HE. Low energy and forgetfulness happen to everyone, even those without liver disease.  If you have cirrhosis and those around you suspect that you have HE, see your doctor.

Dehydration and electrolyte abnormalities may trigger HE. Karen’s bike ride in extreme heat explains why her symptoms showed up on that particular day. Other conditions that may lead to HE are metabolic abnormalities, infection, constipation, surgery, eating too much protein, kidney problems and insufficient levels of oxygen in the body.

A variety of medications are used to treat HE, the most common being lactulose. Lactulose is a laxative that absorbs ammonia from the blood and carries it out via the colon. Lactulose is effective in reducing HE symptoms, but it comes with a price: diarrhea, flatulence, bloating and other gastric problems. Neomycin, rifaximin, metronidazole, zinc and probiotics are also used to treat and prevent HE. Treating the underlying liver condition or liver transplantation may reverse HE or improve the symptoms.

“HE makes you feel very vulnerable. You can’t tell when you are in the middle of it. You must maintain relationships so people around you can tell if you are going off course. At the same time, HE hurts your social skills, so you are isolated and unable to communicate,” Karen told me. “You can’t think your way through to a solution. In fact, you may not know you aren’t cognitively sharp.”

Karen takes good care of her health. In addition to regular exercise and eating well, she meditates, does yoga and practices acceptance. “I accept who I am,” says Karen. Sounds to me like a sensible way of life for us all.