I’ve been a hepatitis C patient since age 12, and around that same age, like many in 1998, I was also exploring the Internet in new ways like using chat rooms and instant messaging. These innovations had become mainstream, and kids my age with access poured into them. I didn’t even think to look up hepatitis C information because that wasn’t how I saw the internet. I saw it as a place for connecting with friends, playing games, and learning about weird things around me. But not health.

In reality, health on the Internet was quite active. The Hepatitis C friends activeboard, Delphi forums and Alan Franciscus’ HCV Advocate website and newsletter were up and running. Without search engines, connecting and finding these resources would have proved challenging.

While I was in high school, following my mom’s grueling 48 weeks on non-pegylated interferon and ribavirin, I’d begun using the internet differently. Not merely for school purposes, but downloading music, movies, and other content using peer to peer networks. I’d started searching and trying to find more information. I came across other blogs similar to mine at the time, Xanga, and budding Geocities’ sites. By this point, Google was a fledgling search engine, and my use of Copernicus wasn’t helping as much as it used to. Copernicus was a browser that allowed you to use multiple search engines at once because their results would often be so different.

The way we consume information online as patients has continuously been changing. At this point in 2002, HepMag.com had not yet been founded. Online communities were mostly chat forums, email groups, and random chat rooms in IRC, IRQ, AIM, and other instant messaging groups. In 2003, I entered the world of web design and internet marketing. Ad sales at that point were essentially pop-ups and banners sponsored by that page. Ad sales were relatively independent and would reflect what the website owner felt would have the highest ad revenue return, slowly clicks really became a priority, and ads paid by click and with click-throughs. So, when pharmaceutical ads popped up, if they did at all, it would be on websites orienting around that. 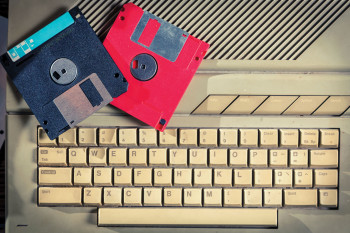 I’m not going to go into the full history of internet marketing here, but needless to say, the last 20 years’ evolution is staggering to behold. The idea that now as a patient, I can be targeted by my advertisers who know intimate things about me that I’ve never willfully disclosed to them is frightening. In 2016 I was dying of end-stage liver disease, waiting for a transplant, and ineligible for treatment. The ads which targeted me shifted from pharmaceutical treatments to attorneys about living wills, Medicare, and snake oil salesmen. The snake oil salesmen have always been there; since high school, I was familiar with internet scams. But now they were using Facebook and other social media’s intensely personal ad targeting system to find me and nudge me towards one of the fictitious treatments. I’m glad to say I never fell for any of these and have always urged people to look critically at easy solutions for something.

Desperation, when your child is dying in front of you, and the best treatments have all been tried, when your wife has been cured, but your child is getting worse by the day, some people are more willing to try things which may seem unorthodox.

My dad brought me to a shaman. In my house, where technology was so readily used, every person had their own computer before 1999, where both my parents had master’s degrees in psychology, and by that time in 2012, we had learned a great deal about Hep C and its treatments. The shaman lived, where I can only assume all mystic snake-oil shamans live in the suburbs of Tustin, California. Walking into the house, I was accosted by incense fumes meant to calm me and help the shaman determine the ailment and the treatment. After saying lots of things to me in Chinese, her interpreter began cold reading me. She started asking questions about if I had wronged a snake. My dad jumped in, saying it must be my brother, who was born in the year of the snake. My brother and I had a very amicable relationship, like friends who hang out when compelled but generally do our own things as we’re very different people, but I’d never wronged him in such a way as though it might be affecting my own health. After finishing the chanting and the incense and a few more oddly directed questions and my relationships with others around me, she sent us to a Chinese pharmacy for a prescription. Me, being familiar with scams, explained to my dad, “you’ve already sunk thousands into this with the shaman. Are we now really about to spend more money on meds which we have no way of knowing what’s in them, no way of knowing if we’re even getting a fair price?” it took him an hour or so, but he realized the sunk cost. Even still, I completed the ritual, as the shaman said it was also essential to go to the beach and burn some money. But she gave us fake money to burn, so I assumed it wouldn’t be a problem if we did it in the garage. Needless to say, I was surprised at the lengths this seemingly simple online targeted ad had reached my dad, in a moment of desperation deep enough to disregard all the knowledge at his fingertips. 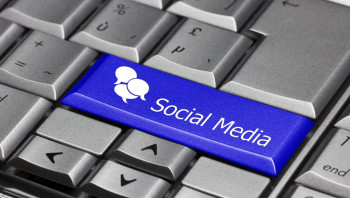 This was in 2012, when intimate ads had just begun; my family being early adopters of the internet, also suffered from its early effects. This wasn’t the only instance of my dad succumbing to desperation and reaching out to pseudoscience he found on the internet; more would come, but thankfully I was cured in 2017 with actual meds, so we haven’t had the need since. But this moment sits with me when I speak with others who have Hep C and seek treatment, others who are bombarded by ads. Even as I was cured of Hep C, it took COVID19 for the ads to stop telling me to get treatment.

Because instead of my search history and conversations orienting around Hep C advocacy, it expanded to COVID19. As my Masters’ in Public Health thesis adjusted to cover COVID19 to help a new group of patients set the tone for their experience to start off working to combat stigma, something denied those of us with HCV, and even more so those among us with HIV. But this shift is what finally killed my ads for Hep C treatment. Facebook and other social media have profiles of us and those around us, who may or may not be on the platform. This type of aggressive ad targeting is highly unethical, especially as most of the data they collect is done without those people’s knowledge. When that data is regarding patient health and a patient unwittingly posts sensitive health-related documents, they are not asking to have that data stolen and used against them; they are asking for help understanding or managing their health.

Is this a dark view of what’s going on? Yes. Is this what’s happening? Yes. It’s also important to consider the dozens of other issues plaguing misinformation as COVID19 suffers from the growing problems that the online chronic illness communities have experienced for years. Those of us lucky enough to still be alive, we warn against bad actors, but it’s not enough. It is not enough with the platforms actively working to dismantle the good we do, even if it is just the algorithms working against us. These same forces have also increased tribalism and nudged people closer to believing the snake oil salesmen, particularly when they use such pretty branding.

Readers familiar with me know I’m a bittersweet writer. So, where is it? Where is that sprinkle of sunshine in this incredibly sour apple?

There is a movement afoot, it’s called #StopHateForProfit, and it’s part of a broader strategy to engage in Ethical Marketing and increase data security awareness. In many ways, it is the first large scale ethical marketing campaign and one where Public Health is becoming increasingly intertwined.

But movements are for getting rid of the poop. How do we, as online patients, step out of the poop we’re sitting in? Because they keep shoveling the branded poop our way, and it’s getting’ stinky.

What can we do? 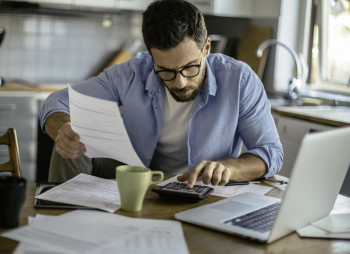 First: Be aware of what, where, and how you’re posting information. As a patient, never send sensitive information without having first covered or disguised personally identifiable information. (Note that if it’s protected health information and medical personnel posted it, that may constitute a HIPAA Violation.)

Second: Be mindful of the privacy permissions on the apps you use. All social media apps and most phone apps have privacy settings so you can minimize how much they’re tracking you and your actions. (I’ve turned off most tracking and limited when apps have access)

Third: Empower yourself, watch documentaries like the Social Dilemma, or check out organizations like the digital wellness institute. Another good location is right here, and HepMag’s sister site POZ. If any group understands the reality of data privacy, its HIV advocates.

Fourth: Encourage those around you to be more mindful of their use of technology. As I said earlier, Social Media apps track users who aren’t users by looking at people around them and grouping them together. Amazon came under fire for this when a person in Germany requested their data only to discover that the “always listening” mode not only does just that. It could also track a user over multiple devices; even if they owned or operated none of them, it had discerned his routines, relationships, and other information in addition to sending him another person’s recordings.

As patients, we must do our best to maintain our health, which now includes our digital health as that directly impacts our well-being and the attitudes of those around us.