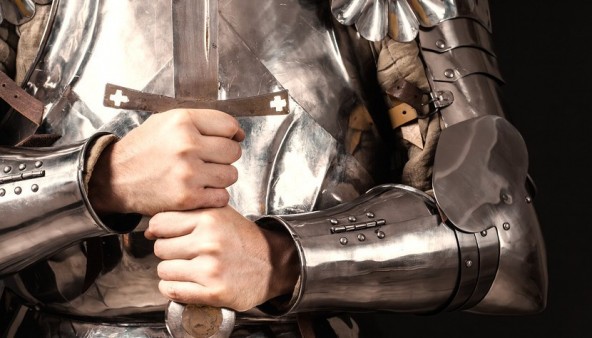 When faced with Hep C, have you ever felt this way, “For I have no power to face this vast army that is attacking me. I do not know what to do.” The army of Israel under King Jehoshaphat felt the same way with one difference, they added, “but our eyes are upon you.” In which they were speaking to God.

In the Old Testament, 2 Chronicles 20 records the awesome story of how the army of Israel was fixin’ (pardon my Texas slang) to be over run, clobbered and pulverized by a fierce enemy. They were shaking in their boots! What was ahead of them seemed too big, too nasty, too hard to deal with. Does this sound familiar, like the Hep C virus?

They came before the Lord with their need and this is what He told them, “Do not be afraid or discouraged because of this vast army. For the battle is not yours, but God’s. You will not have to fight this battle. Take up your positions; stand firm and see the deliverance the Lord will give you. Do not be afraid; do not be discouraged. Go out to face them tomorrow, and the Lord will be with you.” 2 Chronicles 20:15 NIV

Notice He gave them orders to go out and take a warriors position. Face the enemy, standing firm and twice He told them not to be afraid or discouraged. He also gave them something else, He gave them reassurance and He gave them Himself.

What the Israelites witnessed was astounding. Even though they did not know exactly what was going to happen, they went out to battle singing praise and thankfulness as their battle cry. While they sang, the Lord fought. The enemy was completely defeated. They learned a big lesson that day. That same lesson is for all Hep C Warriors. “NOTHING AHEAD OF YOU IS BIGGER OR STRONGER THAN THE POWER OF GOD BEHIND YOU.”

The Lord works in great ways to help you in your battle with Hep C as well. But He asks the same of you, to go out and take your positions to fight. In other words, seek Hep C treatment and stand firm. God works healing in whatever means He chooses according to His will. And He works through medical means in great ways to bring the cure from Hep C.


Where are you in your battle with Hep C? Are you waiting for treatment, in treatment or completed treatment? Can you relate to being scared with Hep C?