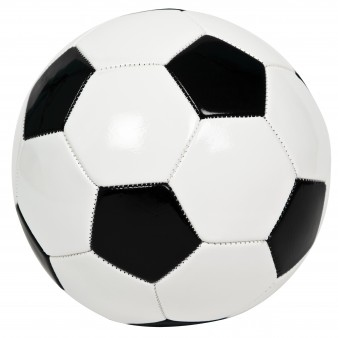 Grit: What it Takes to Influence Your Own Healing

My youngest son is a senior in high school. He has overcome many hurdles in his young life. The least important hurdle he cleared was one that laid a foundation. It was in the sports world, specifically in soccer. He’s been playing soccer since he was little, and was always a good player. Disappointment always lingered though, as he saw friends heading off to games with the top club team while he was stuck on the B squad.

But, instead of tucking his tail between his legs and giving up, he set a goal for himself, and then he worked hard to make it happen. He wanted to start on his high school team by senior year. He started training, consistently lifting weights, working with a ball on his foot all the time, and going to Peru to do an intensive soccer and service program, playing tons of Peruvian style soccer and teaching soccer to young children in poor villages and orphanages.

He’s now the starting striker on his high school team. He met his goal, and leads the team in goals scored. He had disappointment and struggles, and he knew that he wanted something different. He fought to make his desire come true.

More significantly, he also moved through school with an increasingly obvious learning disability, in the form of moderate dyslexia. His freshman year was a disaster in the classroom, and his self-esteem plummeted as his grades dropped. Disappointment and emotional pain, again.

Then we got him set up with a support program at the school, and with that support, he dug down deep, and again, turned his hardship into success, and reached his desire to do well at school. He decided that he could succeed at school the same way he succeeded in soccer, by working at least twice as hard as anyone else.

Why am writing about my boy when the stakes are so much higher for those with serious health problems, like my hepatitis C? Because like him, we have desires too. We all want to be more vibrant, energetic, and healthy. The question is, how to we bridge that divide?

Start at the beginning. One starting point can be to get your medical team in place. Find an open minded, caring doctor, one that you trust to consider your special story and listen while not rushing you out of the office. If you don’t feel those qualities are present, find a doctor who has them. Hospitals and the doctors in them can be intimidating. Don’t let them be. Remember, it’s your health, and your decisions to make about treatment.

Also, consult with a good naturopath. Naturopathic physicians help facilitate the body’s inherent ability to restore and maintain optimal health. It is the naturopathic physician’s role to identify and remove barriers to good health by helping to create a healing internal and external environment, which can come in various ways.

And, if you are willing to actively bridge the gap between your pain and your hopes, hire a guide or a coach. Believe me, I’m suggesting that you fight for yourself, give it all you have, and roll up your sleeves to work to reclaim your health. I can help, but many others can help too. Support, education, inspiration, and being challenged is important, however you decide to find it.

There is much more, but it’s one step at a time. And remember…