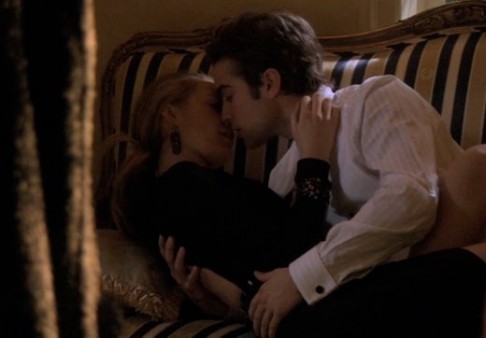 
Gossip Girl has occupied my Monday nights for the past five years. This isn’t the kind of show that I can set my DVR to record and then maybe get around to it before the next episode airs. I literally plan my night around the drama. Friends and family know not to call because everything else is tuned out for the precious hour that I can immerse myself into the “scandalous lives of Manhattan’s elite.”

I like to pretend my life is just like the show’s “It Girls” Serena Van der Woodsen and Blair Waldorf. You know, dropping thousands of dollars every week at Barneys, eating Ladurée macarons like they grow on trees, having a personal maid tend to my every need, and having billionaire boys falling madly in love with me every other week.

And while I do believe that my life is glamorous, I’m admittedly delusional. But the writers on Gossip Girl continuously perpetuate the belief that the one percent is an untouchable society, which is really crampin’ my Monday night arrangement. I could deal with the fact that these upper-echelon fictional characters beat death time after time, dramatically surviving car crashes and fake cancer diagnoses, but I find it wholly unbelievable they can avoid illnesses that inflict millions of people worldwide who live far less risky lifestyles (especially considering the tendency of Manhattan’s elite to slip in and out of so many bedrooms without ever slipping on a condom).

Just as I was reaching my wits’ end with this show, they finally revealed that not paying attention to your health could come and bite you in the Bass...Jack Bass that is. Jack Bass, the uncle of billionaire bad boy Chuck Bass, was revealed to have hepatitis C virus (HCV) on last night’s episode.

A few weeks ago, Chuck was in a near fatal car crash and needed a blood transfusion. Given the strained relationship between Jack and his nephew, I was surprised to hear that Uncle Jack had nobly stepped up to donate the life juice Chuck needed to survive. Later, Chuck became suspicious that Uncle Jack wasn’t the one who give him the blood so he started to dig around. To uncover Jack’s HCV status, Chuck convinces a nurse to leave her station and then he uses her computer to access his uncle’s medical records. Because only in the world of Gossip Girl, is it that easy to obtain someone else’s confidential information.

Watch the scene below:

Chuck eventually confronts his uncle about his HCV and Jack’s response is, “I like to think my night with Pamela Anderson was worth it, but it hasn’t seemed to slow me down. I like to think of myself as the Magic Johnson of Hep C.”

Watch the scene below:

Even though I laughed out loud through his 30-second confession, a little more compassion for people who do live with the virus would have been appreciated. And as much as I find it cheesy when most television shows run public service announcements after a pivotal special-themed episode (such as for suicide, anorexia and teen pregnancy to name a few), I do recognize they are helpful to some viewers. Too bad Gossip Girl didn’t include one. An awareness message in this case could have been useful. For starters, it could encourage the throngs of people who don’t know they’re living with any form of viral hepatitis to go out and get tested.

And while it’s great that the Gossip Girl writers are infusing the show with hepatitis awareness, they don’t quite get their facts right. It is generally believed that HCV, unlike HIV, cannot be transmitted through semen or other genital fluids, unless blood is present. So while Uncle Jack presumes that he was exposed to HCV because of his night with blond bombshell Pamela Anderson (in real life, the actress has been open about having hep C), his positive HCV status is more likely a result of his predilection for party drugs--specifically, he was probably exposed through sharing needles or a coke straw. Or perhaps he contracted it years ago. After all, HCV is known as the silent epidemic. Hepatitis C is slow and often progressive, and while Jack may say his HCV isn’t holding him back now, it would be wise for him to keep his health in check.

I may be in too deep with this show, spending way too much time worried about the well-beings of fictional characters (will Chuck and Blair eventually get together?), but I am confident that health-wise, my mind will stay strictly in the realm of reality.

Click here for more info about hepatitis and transmission risk.