Eliminating Hepatitis B and C is Feasible - But What Will it Take to Achieve this Goal? 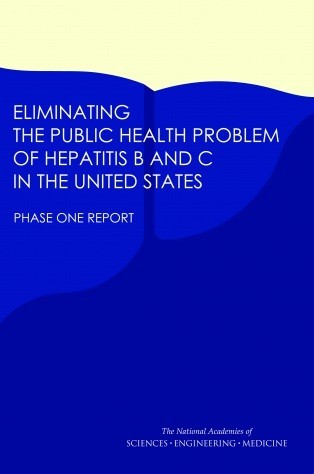 For more than 15 years, NASTAD and health department programs have been calling for a more urgent national response to the hepatitis B and C epidemics in the United States. This has included advocating with two Administrations, Congress and a variety of federal agencies. In 2010 the Institute of Medicine released Hepatitis and Liver Cancer: A National Strategy for Prevention and Control of Hepatitis B and Cwhich led to increased leadership by the Department of Health and Human Services (HHS) and a slight increase in federal funding. With the advent of direct acting antivirals which have cure rates close to 90-95%, there has been increased interest in the feasibility of eliminating hepatitis C in the U.S. and around the world. In fact, the World Health Organization (WHO) has set provisional targets for reducing new infections by 90% and mortality by 65% by 2030. There are hepatitis C elimination efforts currently underway in Egypt, the Republic of Georgia, and the Cherokee Nation in the U.S. With these exciting developments underway, how will the U.S. respond?

The Centers for Disease Control and Prevention’s (CDC) Division of Viral Hepatitis (DVH) and the Department of Health and Human Services’ (HHS) Office of Minority Health (OMH) commissioned theNational Academies of Sciences, Engineering, and Medicine to respond to the question “is national elimination of hepatitis B and C a feasible goal, and to describe barriers to meeting this goal.” Today, their report Eliminating the Public Health Problem of Hepatitis B and C in the United States was released.

The Report states that “hepatitis B and C could both be eliminated as public health problems in the United States, but that this would take considerable will and resources: disease control might be more manageable in the short-term.” The second phase of the project, to be published in 2017, will set a strategy and recommend actions to eliminate the public health problems of hepatitis B and C.

The Report identifies the need for considerable public will, resources, and attention to existing barriers, including: lack of surveillance capacity and funding, poor vaccine tracking across jurisdictions, stigma keeping people from screening and treatment, unique challenges faced by disproportionately impacted populations such as foreign-born individuals and people who inject drugs, a lack of provider capacity, the high cost of hepatitis C drugs, and the limited capacity of prisons to treat people living with hepatitis C.

The identified barriers are nothing new to those working to address the epidemics in the U.S.  It is time that federal, state and local policymakers heed the advice of the National Academies and provide the needed leadership and resources to adequately address the identified barriers. As we anticipate phase two of the National Academies study, we encourage policy makers to prepare to develop comprehensive strategies for the elimination of hepatitis B and C throughout the nation. Fortunately, we will not be starting from scratch. Much groundwork has been laid over the past decade to identify strategies, potential funding streams, leadership and policy needs. Below are examples of recommendations and policy initiatives which should be implemented and built upon.

In October 2013, NASTAD released Breaking the Silence on an Epidemic: Policy Recommendations to End Viral Hepatitis. This document highlighted similar barriers and called for increased action, including: increasing funding for governmental public health infrastructure and screening and confirmatory testing, the creation of a national hepatitis surveillance system, prioritizing populations most impacted by hepatitis B and C, leveraging health systems and opportunities through the Affordable Care Act, and increasing hepatitis B immunization services for children and adults at increased risk. We have yet to see adequate appropriations for meaningful prevention and care and treatment efforts by Congress. With the release of this new report, we urge Congress to prioritize funding for a more appropriate federal response to the hepatitis B and C epidemics to support action on recommendations such as those above.

In July 2014, the hepatitis community called on the Secretary of Health and Human Services to: make the elimination of perinatal hepatitis B an HHS priority, respond to the rising rates of hepatitis C among young people who inject drugs as a public health emergency, and reduce barriers to hepatitis B and C testing and treatment.  While we have seen modest efforts to increase the federal response from some HHS agencies, unfortunately, we have yet to see the type of leadership from Secretary Burwell that is needed. With the release of this new report, we are hopeful that the Secretary will marshal a more robust federal response to the hepatitis B and C epidemics.

In October, 2015, the Hepatitis Appropriations Partnership called on the Obama Administration to significantly increase the FY2017 budget to more adequately address hepatitis in the U.S. HAP specifically asked the Administration to budget $170.3 million for the CDC’s DVH to more effectively combat these epidemics, including:

Unfortunately, the current federal appropriation of $34 million, a far cry from the $170.3 million need identified by CDC DVH in 2010, does not come close to an effective response to hepatitis B and C. In the last year of his Administration, we call on President Obama to increase the federal response to these epidemics, and identify additional funding streams to address the barriers and achieve the goals of eliminating hepatitis B and C that are outlined in the Report.

The Report specifically highlights challenges to elimination due to the high cost of direct-acting antiviral drugs which makes universal treatment of hepatitis C unfeasible. Until we as a nation address prohibitively high prescription drug prices and the related restrictions placed on these drugs by insurance companies and Medicaid programs, we will not reach our goal of eliminating hepatitis C.

We commend the National Academies of Science, CDC’s Division of Viral Hepatitis, and HHS’s Office of Minority Health for the release of this important report. It is our hope that the Report will spur increased leadership by Congress, the White House, the Secretary of Health and Human Services, the Centers for Disease Control and Prevention, and other federal agencies – and with private sector stakeholders such as the pharmaceutical, diagnostics and insurance industries – to do everything possible to achieve our collective goal of eliminating hepatitis B and C in the United States. We look forward to the second phase of the National Academies of Science process and their recommendations to be released in 2017. Until then, we continue to call on stakeholders at all levels to continue to challenge policymakers, educate communities, and provide top notch care and treatment to those living with hepatitis B and/or C.