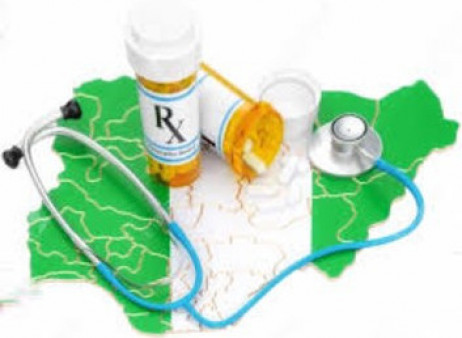 The Difficulties of Getting Hepatitis C Treatment in Nigeria

Oh, I had a bad experience on Friday that leads me to write this rather long post about getting hepatitis C treatment in Nigeria and poor countries generally.

I went to pick up some money from Money Gram sent to me by one of my Facebook hep C support group members who lives in Nigeria, but Money Gram refused to hand over the money because I did not know the lady personally. That is to say that I had not physically met her.

I explained to the Money Gram employee this lady was a friend and I was helping her to get medication for hepatitis C, a potentially fatal disease.

Then I asked, “So if I had walked in and said that I and this lady had met physically at some time in the past you would have given me the money?”

Then the supervisor, who had been listening from a short distance away, walked over and said, “Actually because the money is from Nigeria we would not let you have it even if you were a personal friend because of money-laundering concerns.”

At this point, I noticed that my blood temperature was rising.

“So you are saying that a Nigerian person cannot send money overseas?”

“Only to relatives or personal friends.”

Now my blood was starting to boil and I responded, “Really? Seriously… in the 21st century, we can’t have real friends who we have never physically met?”

Money Gram person, “That’s correct. You would need a Nigerian passport to collect this money.”

Sadly I got very close to losing my temper at this point but realized that I wasting my time talking to these “people” who were just cogs in a vast unfeeling profit machine called Money Gram. There would be nothing to be gained by me losing my temper. I was talking to cogs.

But I was so very, very annoyed. Really, really frustrated because I really badly wanted to get this medication to this lady in Nigeria. We had been communicating for a considerable time and Nigerians with hep C have a hard enough time of it trying to get hep C treatment without more barriers being thrown up.

My sad task was then to send a message to our group member and give her the bad news and try to work out some other way of her sending the money.

Getting Hepatitis C Treatment in Nigeria

Every day I get at least a couple of emails from people in Nigeria asking how to get hepatitis C treatment in Nigeria.

Whilst we don’t have exact numbers it is likely that more than 2% of Nigerians have hep C… that’s about 5 million people with hep C.

Getting hepatitis C treatment in Nigeria for most of those people is very difficult. Cost is the biggest issue.

The population of Nigeria is a little under 200 million people. At least 5 million Nigerians have hepatitis C.

In Nigeria, the basic wage is about US$80 per month whilst highly skilled workers such as teachers, managers, tradesmen, doctors and such rarely earn more than US$160 per month.

About 25% of the population is unemployed with almost no income.

The cost of getting a Hepatitis C viral load test to confirm the hep C infection is very expensive. In relative terms, it would be at least one month’s total income.

Below is an email from a guy who tested positive for hep C antibodies but had no symptoms. He decided to get a viral load test to confirm his hep C infection. He explained the process to me.

Sorry, I didn’t respond to your query on the cost amount when I did my viral load test, I was busy this last week and had no chance. Actually it was subsidized for me by a charity so it cost me N28,000.

But I learn it is N45,000 (US$125) that people are charged with the private clinics. I don’t think any Government hospital in Nigeria does this test except only in private labs. But if any person needs help with the test in Nigeria maybe I can help redirect them to the foundation that helped me so if they are lucky might get the test cheaper. This will be my little contributions to help people with HCV in this part of the world.

This means that if a person on the basic wage in Nigeria cannot get any form a subsidy for their viral load test they must part with two months of wages to get the test. Then, if they discover that they have a hep C infection, there is the cost of medication.

To read the rest of this entry, click here. Greg’s blog is reprinted with permission, and the views are entirely his.