Depression: Hep C Treatment Side Effects and Help to Get Through It, Part 1 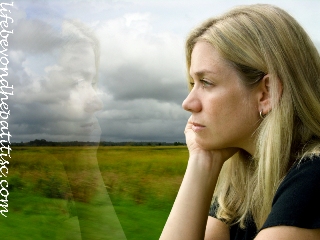 Depression is one of the Hep C Treatment side effects but there is help to get through it. Side Effects from HCV treatment can come in severity, especially depression that affects a high rate of 40 to 70% of patients while doing treatment.

Hep C Treatment using Interferon alone or in combination with Ribavirin is a double edge sword. While it shows effective rates treating the Hep C virus, it also brings a variety of side effects Hep C patients and their families need to be aware of prior to treatment.

From a Hep C patient’s perspective this raises some eye brows. In my Hep C treatment experience in 1995, prior to beginning Interferon therapy I was given an evaluation for depression, checking to see if I had prior depression issues. The doctor explained one of the side effects of treatment can be depression and sometimes even suicidal thoughts. I had not dealt with depression and it was hard to imagine a drug strong enough to make you feel that way. My doctor advised taking an anti-depressant prior to beginning treatment as a preventative.

Coming from a Christian perspective I felt like this would be mind over matter and I refused to take any anti-depressants my doctor recommended. We agreed if I had any problems with depression I’d talk to him about it and we’d take the next step.

Unfortunately, depression did come to visit after I began several weeks of HCV treatment. It was more devastating that I had imagined. I believe it made the whole treatment experience worse. I had periods of feeling emotionally and mentally normal then dark clouds of depression would loom over me and no matter what I did to chase the blues away it lingered.

Dealing with the physical side effects of treatment I also felt pounded by the depression. I persevered but from physical complications my treatment had to be discontinued before completion. Treatment results, I was a partial responder but later relapsed.

The depression lifted shortly after treatment had stopped. Some years passed before the combination treatment of Peg Interferon and Ribavirin became available.

In 2000, my doctor recommended the double therapy. Again, he advised me to take an anti-depressant to help with treatment side effects, but I refused. Shortly after treatment began, the depression and anxiety erupted. I was extremely emotional and cried more than I have in my entire life. Physical complications arose and once again treatment was discontinued.

My doctor told me he felt since I had Auto Immune Disorder, my system was extremely sensitive to any therapy with Interferon.

Stay tuned for Part 2, Depression: Hep C Treatment Side Effect and Help to Get Through It.

Can you relate to dealing with depression during treatment? Do you have a question?