Death walks behind us all, so why don’t we plan for it more often? 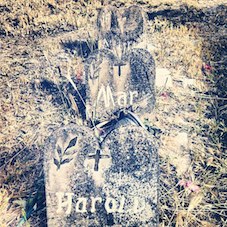 I love walking through old graveyards. I love reading the headstones and imagining the lives behind the epitaths. I spend a lot of time in my local cemetery photographing things I find interesting.

So sometimes I think about death. Not because I think I’m going to die soon, but because I know that one day, I will. It’s a given.


This is not a morbid post. It’s really not. It’s not even really a Hepatitis C post. It’s an “everybody” post. But have you given any thought to what you want to have happen when you die?

As nearly every writer ever has said, death is the only certainty in life. With our complicated tax system, not even taxes are a certainty! And yet so many people don’t talk about their wishes, or even think about them. Sometimes death comes as a terrible and sudden shock: an accident perhaps, or a rapid decline in health. But for most of us, we know it’s coming. We just don’t know the time of its arrival (and for that, let me tell you, I am eternally grateful).

If we don’t make our wishes known, why is that? Are we perhaps not ready to face that possibility? Is it not the right time? Are we too scared? Or do our families not want to hear us talk about it?

These things have been rattling round in my head since the recent death of my ex husband. Although we had been separated for many years, we had children together and our lives were inextricably linked. We had managed to become good friends over the years. A sudden diagnosis of a brain tumor with secondaries in his lungs changed everyone’s world. 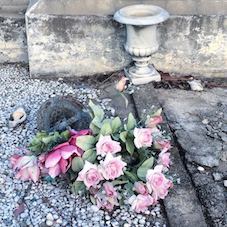 Despite knowing he was dying, he didn’t want to talk about anything related to it. There was a wall you knew not to breach. Many of us had things we wanted to say but didn’t in respect of his wishes.

The last time I saw him conscious I couldn’t help but tell him what a great father he’d been. I wanted him to hear it. I needed him to hear it, so he knew how much I appreciated the time he spent with the children over the years. He accepted it with good grace, but that was it. He quietly shut it down.

So anything we wanted to say to him had to wait till he was unconscious.

His passing left the family to grapple with the issue of what to do about his funeral. Everyone had a point of view, everyone wanted something a little different. They achieved a consensus, but were left wondering if it was what he would have wanted.

Watching that happen made me decide then and there, to start laying down a bare bones idea of how I would like my passing managed. Let’s face it, most of us plan the purchase of a car better.

I delegated tasks. One child (the musician) was in charge of the music. The other (the one who loves working with visual images) was in charge of pulling some pictures together. I stated what I didn’t want (if I hear "On Eagles Wings", I’ve promised to come back and haunt them) and what I did.

I wanted to people to leave the service with an air of happiness, not overwhelming sadness. I wanted to be finally farewelled with a big, loud, rambunctious funky New Orleans brass sound. I chose a poem. I decided how I would like my remains to be dealt with. 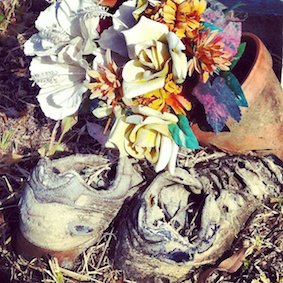 And most importantly of all, I wrote it all down in a book and told people where it was kept. I included some messages for my family. I even talked about how to let my far-flung friends know I’d passed away.

I left user names and passwords to my most used social media accounts (FB, Instagram and Twitter) along with what email accounts I have, how to access them and what to do with anything they find in them (delete, delete, delete).

I’ve backed all that up with a will, appointed a power of attorney and an enduring guardian and written down an advanced health care directive. And I’ve done it before the need is pressing, before it’s an urgent necessity and while it’s still in the realm of “a long time from now”. I’m not sure why, but I think it’s easier that way.

No one will be left guessing how I wanted things done. No one will have to make those difficult decisions without guidance.

I’ve tried to make it easy for people.