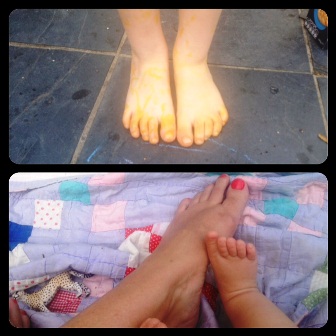 I’m starting to feel excited now about the changes going on in my body. I’ve been so much better and more active. Lots of things have happened since my last blog. I will prÃ©cis some of them.

I met Ben Collins from International HIV Partnerships for a coffee in Borough Market. A woman who said she wasn’t listening in on our conversation told us that she could cure HIV and hep C using energies. Her interjection went down like a cold bucket of sick.

I’ve been to clinic and an immune system marker (I should have written it down) has dropped from 298 at the beginning of treatment to 98. Ivana told me this is a good indication of sustained viral response (not relapsing) It also means I’m not been attacked by my immune system. The knock on effect of this is that I won’t have all the fibromyalgia symptoms.

Last night I organized a screening and discussion at Somerset House. We showed a film called Lance Loud; A Death in An American Family, (dir Alan and Susan Raymond 2002) which documents Lance Loud of An American Family’s final days and death from hepatitis C and HIV coinfection. Our panelists were Charles Gore, The Trust’s CEO, Dr Sanjay Bhagani who leads on HIV and HCV at The Royal Free, David Stuart from London Friend and DJ Fat Tony who gave a poweful presentation on phone apps such as Grindr. The idea was to push hep C up the agenda in regards to men who have sex with men. We had a good turnout and good feedback. And I didn’t feel destroyed at the end of it.

The pic is my neices feet after she’d painted herself as a jaguar and my nephews feet on mine as we looked on.

This entry was originally published July 3, 2013 on The Hepatitis C Trust. Reprinted with permission.