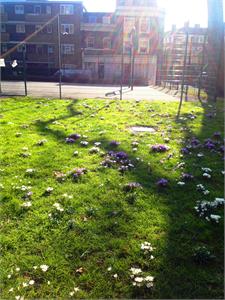 A while back I was contacted on Facebook by an old friend I hadn’t seen since the mid 80s. He was part of a group of people I spent a lot of time with when I lived in Spain. I used to like him. He was a few years older than me. He was kind when my best friend died. He was also a bit wild, which is a quality I’ve always valued in a friend. When I moved away I lost touch with him. He’d come across the film I made, Louie, Me and Hepatitis C and got in touch to tell me he had hep C too. I was a bit spooked by this news. I must have caught it around the time that I’d known him. He told me he had the same genotype as me.

We promised to meet up for coffee if I ever went down to Brighton. He said he was doing treatment. The next time we spoke he said he hadn’t responded so they stopped the treatment.

Last week facebook notified me that it was his birthday. It reminded me that I hadn’t heard from him for a while. I had a look at his page and saw that he’d died. I knew he had cirrhosis and he’d said he had been ill. I know how lucky I am to be getting a shot at the new treatment.

Yesterday was good. I had a really clear head and got loads of work done. Today has been a bit foggier.

The pic is spring flowers in memory of my friend who didn’t live long enough to benefit from the new drugs.

This entry was originally published March 7, 2013 on The Hepatitis C Trust. Reprinted with permission.