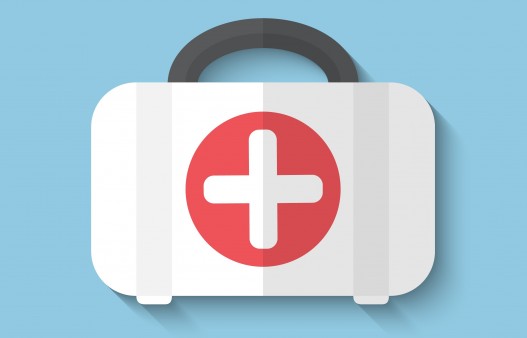 An American Tale: My journey to get generic Harvoni

Twitter
Facebook
Pinterest
Tumblr
Email
Advertisement
I happened upon Greg Jefferys blog while online - researching Harvoni appeals in the US. I have been denied by my insurance twice in 2 years. I’m 61 years old, have treated 3 times unsuccessfully, but because I’m not “sick enough” my insurance won’t cover the cost.
Once I discovered Greg, I did some reading and researching and decided he was my best hope at getting treatment. I didn’t even realize generic Harvoni was out there.  I downloaded his book and read about his own journey to India to obtain generic sofosbuvir, KNEW in my heart that Greg was put in my path for a reason. Many emails and weeks later, I wired him money, against the advice of my bank who was certain I was being duped. Sending money to a total stranger across the world took a huge leap of faith, one that most of us aren’t used to making.  This is the story of my journey to obtain my medicine.
Greg emailed to say that one of the suppliers he knew in India (PJ) had an uncle who was traveling to the US and offered to bring a 3 month supply for someone, and would I like that method as opposed to mail order. I said yes because I was sure it would be easier than dealing with customs & the FDA. And then everything went sideways for a bit!!
We flew from Denver to LA on 3/21 to meet the Uncle from India. Uncle and wife were to arrive the next day. But the next day we received word that their flight was cancelled due to the bombing in Brussels as they were in Paris at that time for their layover. Now they were put on an Aeromexico flight due to arrive in LA on 3/23, which was our scheduled departure day! So I moved our flight to the latest one out for that day so we would still have time to meet up with Uncle before catching our flight home! Meanwhile PJ in India was wonderful through all of this, losing much sleep as we were in constant communication via WhatsApp so he could keep us up to date on Uncle’s whereabouts.   Uncle FINALLY arrived in LA but without luggage, which was lost in the shuffle!! ��Of course the generic Harvoni was in the luggage!
About that time we got notification that our return flight scheduled for that evening was now cancelled due to a freak spring blizzard in Denver which closed the airport, a very rare occurance!! I had to sit and laugh for a bit as it felt like the universe was conspiring against me getting that generic Harvoni!!
As we had no clue when the lost luggage would appear, I purchased a prepaid Fedex mailer and went to meet Uncle. By now Uncle was not overjoyed to meet me, to say the least! I’m sure he thought this crazy chain of events was because he carried the meds which he was reluctant to do in the first place!! I explained that he just had to pop them in the box, seal it and give to concierge and they would call Fedex.  It was all I could do, & hope for the best.
There were no flights at all to Denver now for the next 3 days so we rented an SUV for the cross country drive. My husband had a cold through all of this and with the cold medicines he was taking he was a less than reliable driver (or navigator as I soon discovered!) So 2 days and 1200 miles later, me driving the whole way, we arrived home! By then one piece of Uncle’s missing luggage had arrived in LA,  but not the RIGHT one.
Then on Saturday I got a message from PJ that the luggage had arrived in LA and appeared intact & the package was on its way!!!
And today (Tuesday 29th) it was delivered! PJ & I celebrated over WhatsApp!!
I’m chomping at the bit to begin, but I have developed a sinus infection which I am treating with antibiotics before beginning treatment!
Through all of this one thought stream is resonating with me. Although I live in a country of many freedoms & privilege, Harvoni was not accessible by me due to the greed of Gilead without regard for life. And because of the pure goodness & altruism of strangers from Australia & India I am now able to treat my HepC with this miracle drug. And today, as I sit and write this, Uncle called to ask if I received my package! Wow! I am humbled and so proud to call these once strangers my friends! Thank you Greg, PJ & Uncle!!
Advertisement