230,000 Australians living with hep C have just been given the best Christmas present they could wish for - access to the Direct Acting Antivirals to cure their hep C. This is a credit to the tireless efforts of everyone that made submissions, signed petitions, wrote letters, met with their MP, told their story and boldly went out there and let decision makes know what was fair and reasonable for people living with hepatitis C in one of the world’s wealthiest countries.  It is a brilliant example of community mobilisation to force a change in policy. 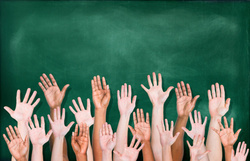 This decision in no way lessens the ingenuity and courage of those who have found alternative ways to access treatment and opened up those pathways for others.  It honours the thousands who struggled through the difficult years of interferon based treatment and the 700 Australians who died last year, and in previous years, of hepatitis C related liver disease.

Australians are now in an envious position and we need to consider the unfortunate folk in US and UK and many other countries who still have no access options. This decision is a signal to other nations that limiting access to treatment is not on. Withholding treatment from people with a history of substance use is not right on and denying treatment to people in prison is not acceptable.

Thousands of Australians will be commencing treatment from 1st March 2016 and will soon be looking forward to a brighter future following SVR, just like I am.   We did it!