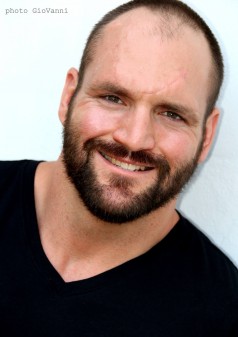 I haven’t done a blog update in about a year and a half and have had numerous people who were following my treatment inquire into how I am doing so I thought I would do a end of the year video blog update for 2016 with a written blog to go along with it for the great people at Hepmag. 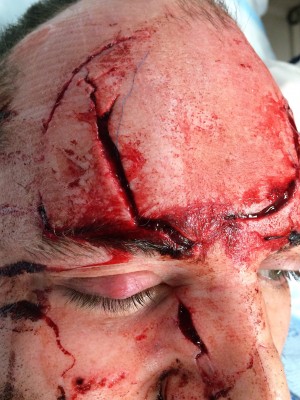 The year started off kind of negative as I was the victim of a crime while working one of my security jobs in Ottawa. Without going into too much detail, the club where I was working was understaffed for the type of clientele they were attracting and there was a large incident one night in January that I was pretty much the only one responding to. As I was dealing with a few of the clients involved in the disturbance, I was blindsided and basically punched in the face with a thick bar glass that caused a massive gash in my head. I had to be taken by ambulance to the hospital where I was intravenously re-hydrated and received approximately 100 stitches by plastic surgeons. Paramedics responding to the scene estimated I lost about three liters of blood. The establishment were I was working was un-cooperative about providing security footage to the police and the perpetrators left before the police responded so unfortunately it appears the assault will go unpunished. However, I am very grateful and blessed to be alive.

The hardships I went though during my treatment related to medication side effects and financial loss have been well documented in my video updates and blogs on this website. One very unjust thing that occurred to me while on treatment was I was dismissed from a parks and recreation job I had with the City of Ottawa for the previous five years while I was on City approved medical leave. At the time of my termination there was a lot of harassment allegations going on with facility management (none of the current management was there in 2013 according to my understanding) and I was going through a dispute with a former business partner who also worked at the front desk of the facility.

While I was on treatment, I came to the facility to pick up my common-law partner as we were sharing a car at the time and as I went inside the building to tell her I was there I had a non-violent argument with my former business associate related to footage he was withholding from me at the time that included the first half of my hepatitis C treatment updates. The situation was ultimately resolved through litigation, however at the time, he also made some allegations to facility management about me that were ultimately considered by the arbitrators to be unfounded. 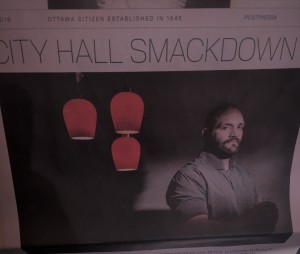 Unfortunately, City of Ottawa Parks and Recreation upper management did not do a thorough investigation when these allegations were first made which led to my unjust termination and ultimately nearly three and a half years of arbitration. With no previous disciplinary action on my file, the arbitrators stated in their decision that I will get my recreation job back with the City of Ottawa. I have also made a complaint to the Human Rights Tribunal of Ontario due to the experimental Incivek Triple Therapy medications I was on during my treatment at the time of the incident. The arbitrator’s decision in my favour made “The Ottawa Citizen” front page and the “National Post” both on December 28, 2016.

The Canadian Judgement for negligence, assault and batter by Larry P. Shreve (aka Abdullah The Butcher) transmitting Hepatitis C to me by cutting me without permission with an infected razor blade was recently upheld in the state of Georgia. He has closed his restaurant and, according to my US attorney, closed bank accounts. The seizure of his properties is a difficult endeavour for numerous reasons.

For my own wrestling career, I have had some matches that have been very well received by fans in 2016 including matches against WWE Legend and former “Tough Enough” head trainer Al Snow and 10-time World Tag Team Champion Rick Steiner. Those matches, along with others, are posted on my “The HANNIBAL TV” wrestling channel. I also have been posting my interviews with numerous other wrestling legends.

Lately, I have been enjoying doing interviews with wrestlers, arm wrestlers and MMA fighters. I predict I will be heading more in that direction as time goes on. I have also been slowly increasing my acting resume.

In closing, I would like to let everyone know that my December 2013 Hep C “Cure” was re-affirmed this past September and I think if I can beat this horrible, potentially deadly disease anybody can. I encourage everyone out there to do whatever it takes to get on some type of treatment and get cured of Hep C! There are newer and easier treatments coming out all the time. If one doctor tells you no for treatment, do what I did and get a second opinion!

Safe holidays and all the best in 2017 to everyone!