As the world learnt of the death of David Bowie, I was reminded of Five Years, the opening track on the album The Rise and Fall of Ziggy Stardust and the Spiders from Mars which was released in 1972. The song tells of an Earth doomed to destruction in five years and the aftermath of this knowledge.

For many people now battling with hep C, Bowie was the icon of the time. Well known as an innovator, Bowie, in the words of his biographer David Buckley, “challenged the core belief of the rock music of its day” and “created perhaps the biggest cult in popular culture”. His extreme personality, was matched only by his capacity for drugs. Bowie said he ignored advice not to do drugs - and it nearly killed him. ’I’d found a soulmate in this drug,’ he told Paul Du Noyer in 2002. 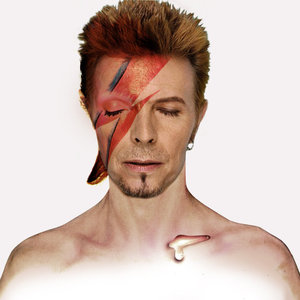 For me and many of us living with hepatitis C, the concept of being doomed by the knowledge of our diagnosis has been a familiar one.  For years we had been told new drugs would be available in five years, just another five years, and then five more years.

A lovely woman called Jane, a fan of Bowie who I knew when I lived in London, spoke eloquently of the impact on her life, of the long wait to be cured. She kept me going when things were bleak and I know she helped dozens of others with her tenacity and quiet reassurance. She often used the Bowie reference when she gave presentations on hep C.

Bowie is dead now, but the five years have finally elapsed, and the drugs to cure us are available in most countries of the western world.  I wonder if in five years’ time we will have experienced a cultural change in hepatitis C, equivalent to that created by Bowie in 1972? Will stigma and discrimination against people with a history of drug use be laid to rest in the wake of the revolution in treatment for hepatitis C?

Ashes to Ashes, Funk to Funky.