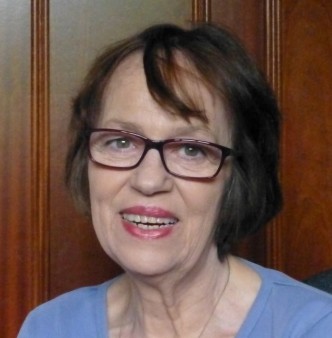 I live in England, but I was born in Budapest, Hungary. In 1949, I contracted polio and was given a blood transfusion. I recovered slowly and lived a normal life, walking with a stick. I got a degree and a job. I married and had three daughters. I became a science teacher and after retiring at age 59, I took up chiropody. Ten years ago, I was diagnosed with breast cancer and had a lumpectomy followed by mastectomy. That was when my problems started. I experienced aches, pains and tiredness, which I attributed to having to stop hormone replacement therapy. I was given painkillers, and my caring doctor did blood tests in 2007, 2013 and 2014. Although my liver enzymes were elevated, he did not take action. Eventually I saw another doctor who sent me off to gastroenterology. That was when it was discovered that I had chronic hepatitis C virus infection (HCV). Further tests revealed a viral load of 738,748 IU/ml and genotype 1b.

It is pointless to speculate when and how I was infected, but I can’t help wondering. I have never used drugs; never had a tattoo. I have been married for nearly 50 years to the only sexual partner I have ever had. I am quite disabled now. I have a stair lift and a mobility buggy for outdoors. I find it difficult even to walk about in my home and have to use two sticks to get around the house, whereas I used to use just one stick and only for going out. Luckily, I have a helpful husband who looks after me. I can still work since it is a job I do sitting down.

The new drugs for HCV were approved in England early this year but they are being held back until the end of June or July. I am not sure that I will be a recipient. I have hardly drunk any alcohol at all in the past, and since December, I have given up even the occasional glass of wine. I think that the drugs will be reserved for those who are seriously ill with cirrhosis. I live in hope! My youngest daughter (who is expecting her second child), asked for an HCV test and was found negative. I am trying to persuade my other two daughters to ask to be tested. I suppose they find this an embarrassing request. Even if they both test negative, it does not prove that I wasn’t infected 65 years ago!

What three adjectives best describe you?
Determined, health-conscious, interested in all health matters and education

What is your greatest achievement?
My three intelligent, well-educated daughters and my lovely grandchildren

What is your greatest regret?
That I did not appreciate fully all that my mother did for me in rehabilitating me after being paralyzed with polio and bringing me to England

What keeps you up at night?
Worrying about my impending Open University exam in philosophy

If you could change one thing about living with viral hepatitis, what would it be?
I would succeed in getting the new drugs, which have a very high cure rate.

What is the best advice you ever received?
Never give up!

What person in the viral hepatitis community do you most admire?
Chrissy Welsh and Lucinda K. Porter

What drives you to do what you do?
My determination to succeed and faith in my religion and God

What is your motto?
If at first you don’t succeed try, try again. Per ardua ad astra (Through adversity to the stars).

If you had to evacuate your house immediately, what is the one thing you would grab on the way out?
My handbag

If you could be any animal, what would you be? And why?
A cat because they are independent, self-sufficient and will not be told what to do by anyone