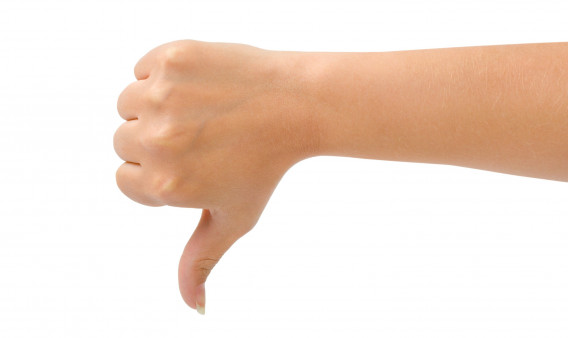 Yet Again, Emricasan Yields No Benefit for Those With NASH

Conatus Pharmaceuticals’ study of emricasan for non-alcoholic steatohepatitis found the drug had no significant impact.

For the second time, Conatus Pharmaceuticals’ emricasan had a null effect on non-alcoholic steatohepatitis (NASH), an advanced stage of fatty liver disease, in a mid-stage trial. The company announced that emricasan did not demonstrate benefits in the ENCORE-PH or ENCORE-LF clinical trials.

As reported at the International Liver Congress in April, 24-week results from a study of emricasan indicated a trend toward a lack of efficacy of the drug for treating NASH. Now, Conatus has revealed the findings of the 24-week extension of the ENCORE-PH study, which again indicate that emricasan failed to provide a significant benefit for those with NASH.

The randomized, double-blind Phase IIb ENCORE-PH trial enrolled 263 people with NASH who had either compensated or early decompensated liver cirrhosis (severe liver scarring) and severe portal hypertension. They were evenly randomized into four groups, receiving either 5 milligrams, 25 mg or 50 mg of emricasan or a placebo twice daily for 24 weeks.

ENCORE-PH failed to meet what is known as its primary endpoint, meaning that emricasan showed no effect on participants’ mean hepatic venous pressure gradient (HVPG), a measure of portal hypertension. The participants were permitted to continue in the study for an additional 24 weeks so that investigators could evaluate the drug’s longer-term safety and liver function and other clinical outcomes. The findings of the extension phase of the study were consistent with the initial phase.

The company has also announced top-line results from the ENCORE-LF study, which reached similarly disappointing results. This randomized, double-blind Phase IIb clinical trial enrolled 217 people with decompensated NASH cirrhosis. They were evenly randomized into three groups, receiving either 5 mg of emricasan, 25 mg of emricasan or a placebo twice a day for at least 48 weeks.

The trial was primarily looking to determine emricasan’s effect on a composite of death from any cause, new health events related to cirrhosis decompensation or at least a 4-point progression in the Model for End-stage Liver Disease (MELD) score, a measure of liver disease severity. The study found no association between emricasan and these outcomes.

Both ENCORE-PH and ENCORE-LF found that the safety measures of emricasan were consistent with 19 previous clinical trials. The drug was generally well tolerated.

“We are disappointed that emricasan failed to meet the expectations established in prior preclinical and clinical studies but confident that the ENCORE trials provided a fair evaluation of emricasan’s lack of efficacy in these patient populations,” Conatus president and CEO Steven J. Mento, PhD said in a press release.