Researchers compared the rates of hepatic steatosis among first responders based on whether they were on the 9/11 response team.

First responders to the September 11, 2001, attacks on the World Trade Center are more than three times as likely to have liver disease compared with other first responders, Medical Xpress reports.

Xiangmeng Chen, MD, of the Icahn School of Medicine at Mount Sinai in New York City, and colleagues looked at the rates of the liver disease hepatic steatosis as well as risk factors for the condition among 154 first responders who worked at the World Trade Center site after the terrorist attacks and compared them with 170 of their peers who did not work at the site.

After adjusting the data to account for differences in risk factors among the participants, the study authors found that having responded to the September 11th attacks was associated with a 3.4-fold higher risk of moderate to severe hepatic steatosis. Overall, that degree of liver disease was associated with having a higher BMI and being a former smoker. 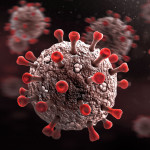