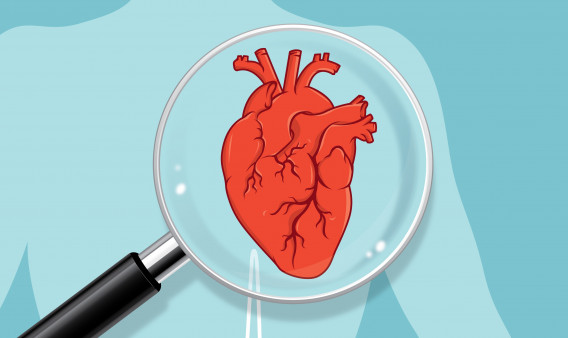 Women have a lower risk of heart disease than men, but this protective effect is diminished in those with fatty liver disease.

It is widely recognized that women have a lower risk of cardiovascular disease (CVD) than men, but those with non-alcoholic fatty liver disease (NAFLD) appear to lose much of this protective benefit, according to a recent study. “NAFLD has distinct consequences in women compared with men,” the study authors concluded.

“Unlike women from the general population, who are 29% less likely to develop CVD than their male counterparts with similar cardiovascular risk factors, NAFLD women have a similar CVD risk as NAFLD men,” Alina Allen, MD, of the Mayo Clinic in Rochester, Minnesota, and colleagues wrote. “The excess CVD and mortality between those with and without NAFLD is much higher in women than in men at all ages.”

NAFLD and its more severe form, non-alcoholic steatohepatitis (NASH), are responsible for a growing proportion of advanced liver disease as obesity rates rise. The buildup of fat in the liver triggers inflammation, which over time can lead to the development of scar tissue (fibrosis), cirrhosis and liver cancer. With no effective approved medical therapies, management relies on lifestyle changes such as weight loss and exercise.

Allen’s team set out to determine whether female sex remains a protective factor against ischemic cardiovascular events (those associated with narrowing of the arteries) in people with NAFLD. In the population as a whole, women have a lower risk of CVD and develop cardiovascular problems at a younger age than men, a difference thought to be attributable to female hormones, they noted as background.

NAFLD is increasingly recognized as a component of metabolic syndrome, a cluster of conditions associated with elevated cardiovascular risk, including abdominal obesity (having a “spare tire”), high blood pressure, abnormal blood fat levels and type 2 diabetes. CVD—not liver complications—is the primary cause of death for people with fatty liver disease.

As described in the American Journal of Gastroenterology, the researchers identified all adults diagnosed with NAFLD in Olmsted County, Minnesota, between 1997 and 2014. Each of these 3,869 individuals was matched with four others of the same age and sex in the general population who had not been diagnosed with NAFLD.

Half the study population was female, most were white and the median age at NAFLD diagnosis or matching was 53. Among those with NAFLD, women had a higher body mass index (BMI) and were more likely to have high blood pressure and diabetes compared with men. In contrast, in the general population group, women had a lower BMI and were less likely to have these conditions.

During a median follow-up period of seven years, 3,851 cumulative ischemic cardiovascular events—myocardial infarction (heart attack), angina (chest pain) and stroke—were recorded. Women had a lower rate of these events than men in the general population group, but rates were similar for women and men with NAFLD.

In the general population group, female sex was protective for CVD. After controlling for other cardiovascular risk factors, these women were 29% less likely than men to experience cardiovascular events. But this effect was substantially diminished among women with NAFLD, who had only a 10% lower likelihood of cardiovascular events compared with men. The pattern was similar after factoring in liver disease severity and access to care.

“Women with NAFLD lose the cardiovascular protection conferred by the female sex, and their risk is underestimated by current estimating methods in clinical practice,” the study authors wrote.

“As cardiovascular morbidity represents a significant burden in NAFLD, underestimating risk may have significant public health consequences, impacting half of the NAFLD population, or approximately 40 million women in the country,” the authors added. For example, underestimation could impact counseling and initiation of cardiovascular prevention approaches such as daily aspirin and cholesterol-lowering statins for women with NAFLD.