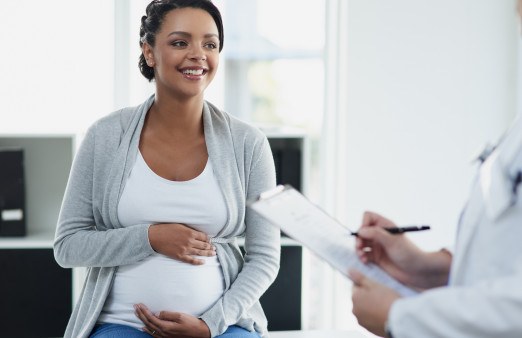 Women With Cirrhosis Rarely See Their Disease Progress During Pregnancy

A large Canadian study found that just 2% of such women developed more severe cirrhosis within one year of delivery.

Pregnant women with compensated cirrhosis (the milder form of the severe liver disease) rarely experience health events related to decompensated cirrhosis (the more severe stage) within one year of delivery, according to a large Canadian study. This finding, the study authors hope, will reassure such women that their liver disease will likely hold stable through this period.

Monica Mullin, MD, a postgraduate trainee at Queen’s University in Kingston, Ontario, presented findings from the study at the The Liver Meeting (the Annual Meeting of the American Association for the Study of Liver Diseases) in Boston.

North American women of childbearing age have recently seen a notable rise in the rate of cirrhosis. However, research into how pregnancy impacts the risk of liver decompensation among women with compensated cirrhosis is scarce.

“The evidence regarding pregnancy in patients with cirrhosis is sparse at best and what does exist is very dire,” Mullin said in a press release. “We felt that more research in the area was necessary to guide practitioners in their care for patients who achieve pregnancy if they have cirrhosis and hopefully to reassure both the mothers and physicians about the expected course throughout their pregnancy.”

Adolescents and young adults in North America are experiencing higher rates of chronic liver disease, including hepatitis C as a result of the ongoing opioid crisis, leaving health care providers with a need for knowledge about how to counsel women of childbearing age about their ability to conceive as well as the safety of pregnancies, both for the mother and her baby.

Mullin and her colleagues conducted a population-based, retrospective matched cohort study in which they analyzed health care data gathered in Ontario between 2000 and 2017 as they sought to assess the association between pregnancy and liver decompensation. They included data on women who became pregnant with a single fetus after having been diagnosed with compensated cirrhosis and who carried their baby to at least the 20-week gestation mark.

The investigators matched each of these women at the time of their conception to two nonpregnant women with compensated cirrhosis who were no more than five years older or younger. They also matched the women according to the apparent cause of their cirrhosis and their socioeconomic status. The study excluded women who had received a liver transplant. The control group excluded women with a history of decompensation-related health events, while the pregnant women could have such a history.

The study included data on the women from their time of conception through the one-year point after they gave birth.

Out of 5,607 women included in the analysis, 1,869 were pregnant and 3,738 were not. They had a median age of 31 years old. Fifty-nine percent had non-alcoholic fatty liver disease (NAFLD) or cryptogenic (of an unknown cause) cirrhosis, 36% had hepatitis B or C viruses (HBV or HCV) and 4% had alcohol-related liver disease.

After adjusting the data to account for other illnesses, the study authors found that pregnancy was associated with an 83% lower risk of liver decompensation during follow-up compared with the absence of a pregnancy.

The investigators hypothesize that the difference in the outcomes based on pregnancy may be related to the women’s liver function at the time of their conception or the routine medical care that is associated with pregnancy and new motherhood.

“Given that our results are from a large, contemporary, diverse population of women with cirrhosis,” said study author Jennifer A. Flemming, MD, an assistant professor in the division of gastroenterology and department of public health sciences at Queen’s University, “we hope that the low rate of complications we describe provides reassurance for pregnant women that the likelihood of a serious liver-related complication during the peripartum period is low. The next steps in this study are to better define the maternal and fetal complications to provide an accurate overall estimate of risk for both the mother and child.”