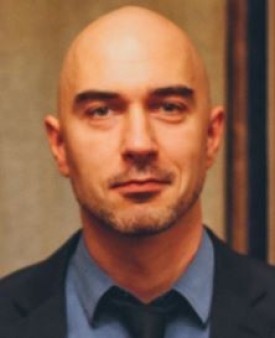 Without a Vaccine, Eliminating Hepatitis C Will Be a Huge Challenge

The experts from the European Liver Patients Association (ELPA) Hep-CORE advisory group provide a great window on the diversity of hepatitis activity and perspectives in the region. In this series of short interviews, Hep-CORE PI Jeffrey Lazarus asked them how they came to work with viral hepatitis, how the field has been changing, and where new research is called for. Third in this series is Antons Mozalevskis, who since 2015 has been the first person in the WHO Regional Office for Europe to focus exclusively on viral hepatitis.

How did you become involved with viral hepatitis?

I’m actually quite new to the field – this past year is the first time I’ve focused on hepatitis alone. I started as a GP and emergency-room doctor back in Latvia.

I became involved in public health through NGOs and research projects, and then decided to pursue a European Programme for Intervention Epidemiology Training (EPIET) fellowship in infectious disease epidemiology in Madrid.

There, I contributed to several projects relating to HIV and viral hepatitis and joined WHO missions to the Philippines and Sierra Leone. Afterward, I wanted to use my clinical and international public health experience to help as many people as possible.

At WHO Europe, I’m working to raise awareness and secure commitments to action in our member states, as well as providing technical support and conducting missions. We partner with the ECDC and with as many professional and civil society organizations as we can.

Our most ambitious project has been developing the European action plan on viral hepatitis to implement the new global strategy.

How is the field of viral hepatitis changing?

There’s a global momentum and a huge change in the perception of it as a public health emergency. It was largely advocacy by patient groups that led to the adoption of the 2010 and 2014 resolutions on viral hepatitis.

The global strategy is waking governments’ interest and inspiring commitment. Yet the situation remains challenging in the absence of international donors, like the Global Fund has been for other diseases.

There’s been a lot of progress, but it’s uneven – some countries are implementing great national strategies, while others still don’t have any plan.

What should hepatitis B and C research focus more on?

Hepatitis C is a hot topic for scientists right now, particularly novel treatments. Yet without a vaccine, elimination will be a huge challenge, due both to continuing high incidence rates in vulnerable groups and the steep cost of new treatments set by pharmaceutical companies, which place them out of reach for most who need them. Meanwhile, treatment for hepatitis B is being left by the wayside; we still need a safe, effective cure.

Given all the recent focus on viral hepatitis, what other liver problems should we be paying attention to?

Many chronic hepatitis patients have other liver comorbidities, so curing hepatitis C and controlling hepatitis B isn’t enough to prevent liver damage.

Key hepatitis resources from WHO Europe “Fact sheet: hepatitis B in the WHO European Region”

“Fact sheet: hepatitis C in the WHO European Region”