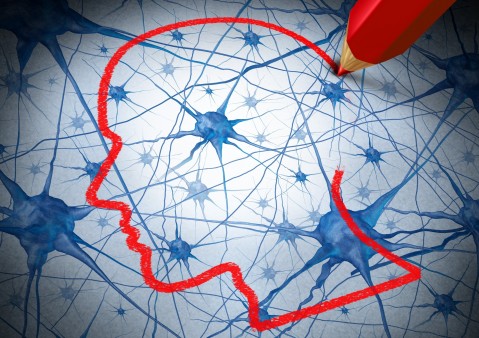 Winners and Losers in the $6.3B Cures Act [VIDEO]

Obama signs the biggest health legislation since the Affordable Care Act. What strings are attached?

President Obama signed into law the 21st Century Cures Act, a massive $6.3 billion health care legislation that includes a $1.8 billion investment in cancer research and plans to tackle the nation’s opioid addiction problem, The Associated Press reports. The bill was passed with bipartisan congressional support during the lame-duck session.

About the Cures Act, the White House blog writes, “[it] will go a long way toward bringing about the medical breakthroughs we need to meet some of the biggest health challenges facing Americans today. No matter what corner of the country you live in, you or someone in your life has been touched by cancer, the opioid epidemic, devastating illnesses or serious mental health issues.” (In 2015, Vice President Joe Biden’s son, Beau, died of brain cancer.)

The White House blog includes this infographic to explain the benefits of the Cure Act: 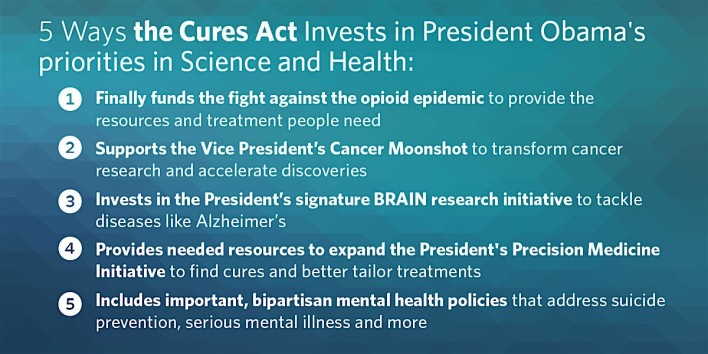 Courtesy of the White House

Not everyone sees the Cures Act as a glorious piece of legislation. Writing about what is at stake, Kaiser Health News created a list of winners and losers (click on the article for more details about each topic):

As Vox points out, although the bill increases funding to the National Institutes of Health, to the tune of $4.8 billion over 10 years—with the money going to programs such as brain research—the fact is that these funds are not guaranteed; Congress has to approve them each year.

What’s more, Vox adds, “is that nearly half of the funds for the legislation are going to be paid for [by] cutting $3.5 billion from public health efforts like immunizations and tobacco prevention. We already underfund public health in the United States. As of 2012, more than 17 percent of U.S. GDP was spent on health care — drugs, doctors, hospitals — while only 3 percent of the health budget went to public health measures. So we have a bill that’s giving us medical cures by cutting some of the basic public health funding dedicated to disease prevention.”

At the bill’s signing ceremony, which you can watch below, Obama said, “We’re building on the FDA’s work to modernize clinical trial design so that we’re updating necessary rules and regulations to protect consumers so that they’re taking into account this genetic biotech age, and we’re making sure the patients’ voices are incorporated into the drug development process.”

But others view this differently. “This bill remains a bad deal for patient safety, offering a small, temporary and non-guaranteed increase in public research funding at the expense of permanently weakening oversight by the Food and Drug Administration,” patient advocacy group Public Citizen told the AP.

A related concern is that the Cures Act will undermine the standard of evidence the FDA uses to approve drugs. Writing in Slate, Alan Levinovitz warns of a “provision that asks the FDA to relax evidentiary standards for drug approval by granting weight to ‘real-world evidence’ and ‘patient-experience data.’ Supporters argue that the provision will allow patients quicker access to cures. If passed, it could also incentivize competitive development of new drugs by lowering their cost to market. (The current gold standard for evidence of efficacy is randomized placebo-controlled trials, which are time-consuming and expensive.) Health policy experts, on the other hand, are rightfully nervous about the unintended results of standards that are more lax: a market flooded with potentially unsafe drugs that are no more effective than placebos.

Below is a video from the signing ceremony of the Cares Act.