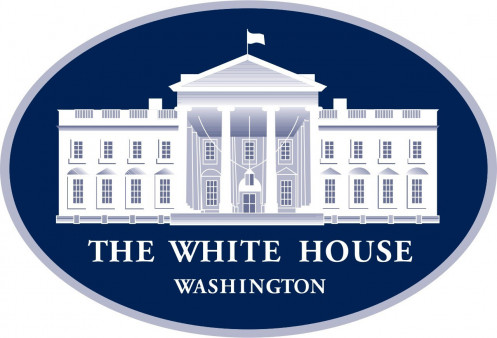 The Biden administration will directly support harm reduction programs, such as needle exchanges, reports NPR.org. Despite the fact that such programs remain controversial and are even illegal in parts of the country, the federal government is endorsing harm reduction in an effort to combat injection drug overdoses and the spread of HIV and hepatitis B and C.

“We are willing to go places where our opinions and our tendencies have not allowed us to go [before],” Xavier Becerra, the secretary of the Department of Health and Human Services, told NPR.

Harm reduction in this context refers to the idea of supporting people who use illegal drugs to minimize negative outcomes associated with their drug use.

One reason the White House has pivoted to now endorse harm reduction is the surge in overdose deaths. From January 2020 to January 2021, overdose deaths in the United States increased by 30.9%, according to new data from the Centers for Disease Control and Prevention (CDC), for a total of 94,134 reported overdose deaths. Once more complete data are in, that number is expected to reach 95,230. This compares with 48,126 overdose deaths for the year ending January 2015.

“With this new strategy, we’re breaking new ground to address the full range of drug use and addiction that can result in overdose and death,” Becerra said in a statement. “We’re changing the way we address overdoses. Our new strategy focuses on people—putting the very individuals who have struggled with addiction in positions of power. And thanks to the American Rescue Plan [which Biden signed into law in March 2021], we can address what so many people have seen in recent years: a rise in overdoses that can risk a person’s life—and affect their entire family.”

The opioid crisis has caused more people to use injection drugs and be at risk of overdoses. What’s more, the introduction of the deadly opioid fentanyl into the nation’s drug supply has increased the likelihood of overdoses, making drug use more dangerous than ever.

Consequently, the federal government will be providing fentanyl testing strips to drug users so they can ensure their drugs don’t contain the deadly synthetic opioid. The White House also supports the provision of clean syringes as a form of harm reduction.

But a harm reduction method yet to be endorsed is safe consumption spaces, also called supervised injection sites, which are banned in the United States.

The U.S. health department “does not have a position on supervised consumption sites,” read a statement from the department to NPR. “The issue is a matter of ongoing litigation.”

We know that safe injection sites work. These sites provide health services, prevent overdoses and promote safe practices. They must be a part of the federal government’s effort to implement national harm reduction efforts. https://t.co/QZqHum36dp

States and cities across the nation vary on the harm reduction programs they support or prohibit. For example, West Virginia has witnessed an increase in HIV cases linked to injection drug use, but, despite the CDC’s recommendation that the state improve access to syringe exchanges, a newly passed law in the state threatens to do the opposite. Meanwhile, Maine just made it legal to possess syringes.

Both HIV and hepatitis C can be transmitted via blood-to-blood contact, including through shared needles and drug equipment that has come in contact with blood. Hepatitis refers to inflammation of the liver. There can be many causes, but hepatitis C virus can result in a lifelong infection, mild to serious scarring of the liver (fibrosis and cirrhosis, respectively), liver cancer, liver failure and death. The good news is that hep C is curable in most cases. To learn more, see the Hepatitis C section of Hep magazine’s Hepatitis Basics, which includes an introduction to viral hepatitis as well as other forms of hepatitis and liver disease, such as non-alcoholic fatty liver disease (NAFLD), non-alcoholic steatohepatitis (NASH), alcoholic liver disease, autoimmune hepatitis and primary biliary cholangitis (PBC). And for a collection of articles in POZ about the intersection of hep C virus and HIV, click the hashtag #Hepatitis C.

HIV, in contrast, is a virus that attacks the immune system. Over several years, the immune system becomes depleted, and the body isn’t able to fight infections, leading to an AIDS diagnosis. Although there is no cure for HIV, many safe and effective treatments—often just one pill a day—are available. The medications help people living with HIV enjoy long and healthy lives and keep them from transmitting the virus to others. For more, see the Basics of HIV/AIDS in POZ.com, a sister publication of HepMag.com.