Walgreens pharmacies will start offering free hepatitis C virus (HCV) tests at more than 60 locations across 12 major U.S. cities, thanks to a new collaboration with the nonprofit Chronic Liver Disease Foundation (CLDF), according to a CLDF press release.

The program, which is slated to begin in August and run through January 2016, will set aside special dates and times at Walgreens pharmacy stores for customers to get tested with the OraQuick HCV Rapid Test. The fingerstick blood test can make an accurate diagnosis in just 20 minutes.

Those who test positive will then be linked directly to one of CLF’s 75 hepatology centers throughout the country for care. The testing program also aims to get people nationwide more educated on their risk factors for hep C.

The press release points out that every year an estimated 17,000 Americans contract hep C and up to three out of four people living with the virus are unaware of their status. As much as 75 percent of those chronically infected with HCV are baby boomers born between 1945 and 1965. 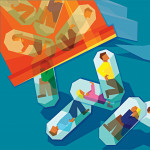 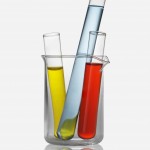