Four U.S. Representatives have introduced a bill that would increase education and testing efforts nationwide for the hepatitis B virus (HBV) and the hepatitis C virus (HCV), according to a press release from Representative Brett Guthrie (R–Ky.), one of the sponsors.

Called H.R. 1101, the Viral Hepatitis Testing Act of 2015 has been referred to committee, where it will be reviewed. The other sponsors are Reps. Mike Honda (D–Calif.), Charlie Dent (R–Penn.) and Hank Johnson (D–Ga.).

Leading the effort behind the bipartisan bill is Rep. Johnson, who disclosed in 2009 that he was diagnosed with hep C in 1998. After going through a successful treatment, Johnson is now cured of the viral liver disease and is now a hepatitis advocate.

The bill aims to raise awareness for hep B and C among health care providers and the general public. It specifically highlights the need for increased testing efforts among baby boomers (people born between 1945 and 1965) as well as Asian Americans, who are considered to be at an elevated risk.

The U.S. Centers for Disease Control and Prevention estimates that nearly 5.3 million Americans are living with chronic hepatitis and that up to 75 percent are currently unaware they are infected. 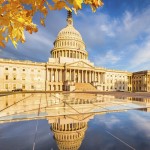 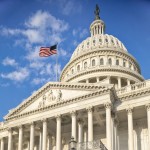