A Vietnam War veteran killed by hepatitis C virus (HCV) has been added to the Vietnam Veterans Memorial in Washington, DC, which honors the more than 58,000 men and women who lost their lives in the conflict.

Army Specialist Jim McGough, who was infected with the virus via a blood transfusion while serving abroad—and who eventually died of liver cancer in 2014—will be one of the last people added to the monument, NPR reports.

McGough served as an infantry soldier with the U.S. Army in 1971. During an attack at the Laotian border, a grenade tore apart his feet and lower legs, and McGough was taken to Japan for an emergency surgery and blood transfusion. Twenty years later, the veteran discovered that the procedure had left him infected with hepatitis C.

By his late forties, McGough started to show signs of liver damage and eventually died of liver cancer in January 2014, just months before HCV treatment became available to the Veterans Health Administration. One of his dying wishes was to have his name added to the Vietnam Veterans Memorial, or “The Wall,” as it’s commonly known to soldiers of that era.

In order to have one’s name added to The Wall, a black granite monument adjacent to the National Mall, Vietnam veterans must meet strict criteria established by the Department of Defense. Their deaths generally must be the result of injuries sustained during the Vietnam War. Many causes of death do not qualify, including exposure to chemicals such as Agent Orange, illness or suicide related to posttraumatic stress disorder, diabetes, cancer or heart attack. This is the first time a soldier who died specifically of hepatitis C has been added to the memorial.

McGough’s name is one of the last that will make the prestigious monument. Officials from the Veterans Memorial Fund say there is space for just one more long name, fewer than 20 medium-length names and just a handful of short names on the memorial’s walls.

Whether or not the Department of Defense will add any more HCV-positive soldiers to the memorial has yet to be determined. U.S. veterans are more than twice as likely as the general population to be living with hepatitis C, and more than 71,000 are still waiting to undergo HCV treatment.

For Veterans, Combat Service Is Tied to Hepatitis B Exposure Risk 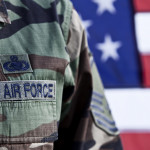 The U.S. May Be Able to Eliminate Hepatitis C Among Veterans 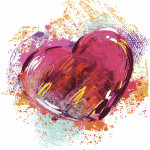