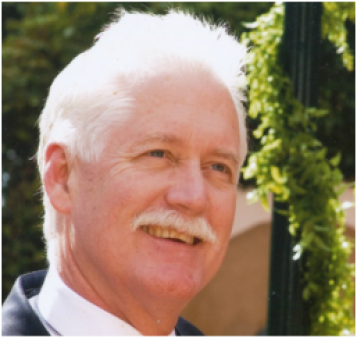 It was the summer of 1968, a year after San Francisco’s Summer of Love, and I was a patient doing a two-week stretch at Stanford Hospital. I was diagnosed with two forms of hepatitis: serum (hepatitis B) and infectious (hepatitis A). At that time, no one knew that there was even such a thing as hepatitis C. I remember the date well because Janis Joplin and her band, Big Brother and the Holding Company, were performing at the Frost Amphitheater right outside my hospital window. That was the upside. The downside was I was very sick. For the first week, all I remember is darkness and my parents peeking through a round window in the door of my room. The second week was much different. I was doing business and making love with my girlfriend in my hospital room. After my release from the hospital, it was assumed that I was cured. Unknown to any of us, hepatitis C virus was lurking in my liver.

Throughout the 1970s and halfway through the 1980s, I felt healthy. I had always been a high-energy kind of guy, but my energy significantly dropped in 1985. At that time, the doctors didn’t know hep C even existed. From my perspective, nothing was wrong with my liver; I just thought I was bored with life and looking for something to spice it up. But it was becoming apparent that something was wrong; the disease was getting the better of me.

Scientists discovered hepatitis C in 1989, and sometime in the 1990s, my general practitioner recommended that I be tested for it. The tests showed that I had hepatitis C as well as the antibodies for hepatitis A and B. It seems that I had won the Triple Crown by contacting all three diseases in 1968.

The news came hard. When your doctor tells you that you have a deadly, incurable virus, it tends to send you into a funk. I was told that the only option was to monitor the virus. I told my wife, Michelle, that my life had been such an incredible adventure, and that if I died tomorrow I would have no regrets. It hit Michelle much harder than it hit me. When you are confronted with life on these terms, you accept things as they come. I did not go through all of Kübler-Ross’s seven stages of grief; I moved right to stage six: “Reconstruction and Working Through.” I have never been afraid of a fight; I put my head down and moved forward.

In the late 1990s, various hep C studies were being done. The cure rates were not very good, only about 40 to 50 percent. By 2001, my liver enzymes (ALT and AST) and my viral count were off the charts. Something had to be done or I was looking at a liver transplant. I had taken high risks before, jumping out of airplanes, doing 140 mph on my Harley and starting a dozen companies. So in November of 2001, I started my first treatment: 48 weeks of ribavirin and peginterferon. Eventually the side effects began to take their toll, including a hemoglobin of 5 or 6, daily vomiting, a rash that caused open sores, and extreme flu-like symptoms.

By April of 2002, it was impossible to continue doing business. Although I was bedridden for the remaining six months of treatment, it appeared that the medications were doing their job. When the treatment was completed, I thought the struggle was over. However, not only did the virus return, but the treatment caused me to develop diabetes. Despite these setbacks I felt quite a bit better; I was able to deal with the side effects and go back to work. It was difficult working with such low energy, but I pushed forward. Years later, the diabetes caused by ribavirin would cause me to develop heart and kidney disease.

In 2006, tests revealed that the virus was again playing hell with my liver. It was discovered that I had stage 4 liver disease. What followed is a long, nightmare about a mismanaged hep C  treatment. Eventually I got a doctor who truly understood the gravity of my medical condition. I went through treatment again, this time for 78 weeks. The side effects made me incredibly sick. I endured countless blood transfusions, injections of Procrit (stimulates red blood cell production), rashes, open sores, disorientation, memory loss, and constant vomiting. With only three weeks left, treatment was discontinued yet again. My viral count was undetectable and my liver enzymes were normal. Two weeks later, my labs went crazy—the virus was back. It seemed hopeless at that point, and I was resigned that a cure was not in the cards for me.

The doctor informed me that research was being done on a new treatment that would be available in about a year. My goal was to survive for another year or two so I could benefit from the new approach. In early 2012, I attempted this new treatment. Like the prior treatment, peginterferon was used along with additional medications. The side effects were so severe that the planned 48 weeks of treatment were stopped after only three weeks.

When the new medication called Sovaldi became available, I took that along with ribavirin. Within three weeks, I was off ribavirin due to side effects. The doctors added another new medication, Olysio. It was a 12-week course. Unlike the other drug regimens I had endured over the last 14 years, this one had no side effects.

Since the completion of this last treatment, my labs have shown undetectable viral counts, normal liver enzymes, increased platelets, decreased inflammation in my spleen, significant weight reduction, and normal creatinine levels. My blood sugar is coming under control. My energy levels are back to normal and I have a sense of well-being. After a 14-year battle, hepatitis C is gone. It seems like everything in my life is improving. I still have a stage 4 liver disease, but the liver can regenerate, so it’s on the mend. My kidneys are improving and so is my diabetes. I feel like a new man.

Now a new adventure begins. Getting cured is a wonderful thing and I’m incredibly grateful to the scientists and health care professionals who developed the antivirals that freed me from hep C. However, I want others to understand that hep C survivors aren’t magically transformed. We still have a lot of healing ahead. We have to be careful about our diet and make healthy lifestyle choices. Long ago, I cut out alcohol and drugs, I made changes in my diet, and I began riding my bike 75 to 100 miles per week. I was cured, but now what?

When I was in the darkest days of my struggle, I made a promise to myself and to the friends I’d lost to hep C. If I survived, I was going to ride the entire 2,650 miles of the Pacific Crest Trail, on horseback! It was time to realize that dream.

I asked my brother Steve and my friend Frank to join me. We knew the journey was going to be long, at least five months of bone-jarring riding along the mountainous spine of western America. Our spouses and friends reminded us that we were not the young men who had last worked together in 1968. Together we had lived 201 years. That was a long ride, too, so we decided to name our project Long Riders.

However, this isn’t just a long ride; it is a hep C awareness campaign. Hep C now kills more Americans than HIV does, and more than 65 percent of those with hep C don’t know they are infected. We want to change this, and here is our mission: To educate, inspire and empower those who are suffering from hepatitis C to get tested, treated and cured utilizing a social media program that will document the challenges of a hepatitis C survivor’s equestrian ride of the entire 2,650 miles of the Pacific Crest Trail.

Our goal is to begin our ride in April of 2017. Between now and the launch date we have a huge amount of work to do. We have to train, select gear, our horses and mules, and then we face the daunting task of raising the funds to pay for the ride and the social media costs. To help accomplish all these goals, we have created a Long Riders website (www.longriders.org). We hope you’ll visit the site to learn the latest news, learn more about hep C and perhaps lend us a helping hand.

Others have described me as generous, driven, seeking, detailed, complex and a risk-taker.

1) Choosing the perfect wife who truly believes in me, richer or poorer, for better or worse. She has stood by me through absolute hell, riba rage, 15 years of physical struggle, and the very real fear of losing her husband.

I really don’t have any regrets. I have been blessed; my life has been one adventure after another. Everything that I have gone through in 66 years is what makes me who I am.

The Long Riders project. I sit up at night thinking and working on better ways to move this effort forward. It’s a 24/7 challenge.

I try to learn every day and I look for good advice everywhere I go. There are far too many lessons to mention and I intend to continue to learn from every experience.

I am new to this adventure, and I need to meet more people and learn more before I can answer this question.

I have so many. Two of my favorites are: “Make your vocation your vacation and you will never work a day in your life.” “It’s better to keep your mouth shut and appear stupid than to open it and remove all doubt.”

All material objects can be replaced. The very first thing I would do is make sure that my wife, children and grandchildren were out of the house. If I were to grab something material, I suppose it would be items of monetary value such as jewelry, cash and bearer bonds. This would allow me to rebuild much faster.

A wild mustang. I covet their freedom and admire their intelligence, their loyalty to the herd and their strength.