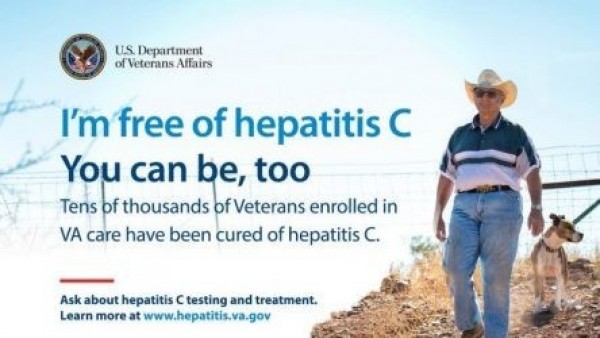 Editor’s Note: Reminder- an estimated 25 percent of people living with HIV are coinfected with hepatitis C.

May is Hepatitis Awareness Month and VA has made great progress in testing, treating, and curing hepatitis C (Hep C) for Veterans enrolled in VA health care.

As of December 2016, 75 percent of VA’s patients born between 1945 and 1965, (a group shown to have higher rates of Hep C) had been tested. And 98 percent of all Veterans tested have had reflex confirmatory testing performed on those results, an important step. These are far better rates than any other large health care organization in the U.S.

VA has also treated more patients for hepatitis C than any other health care system in the U.S. and in almost all other countries. Since the availability of all oral antiviral treatments in 2014 through January 2017, we’ve treated over 80,000 patients with cure rates over 90 percent. We are continuing to treat approximately 2,000 Veterans each month. As of December 31, 2016, there were approximately 64,000 Veterans with Hep C in VA care who are potentially eligible for treatment.

We want to reach those patients and get them treatment as quickly as possible.

We’re also estimating that as many as 30 percent of those Veterans in VA healthcare who are still awaiting treatment are not currently willing or able to initiate treatment. Our office has been focusing on outreach to bring these patients in for testing and treatment.

In March, we launched a national advertising campaign to increase efforts in local areas that had the highest numbers of Veterans that need treatment. These advertisements feature four Veterans who have been cured of Hep C and want to pass along the importance of testing and treatment.

We will continue to promote hepatitis C testing and treatment for Veterans. If you or a Veteran you know needs treatment, please contact your local VA. If you are not sure if you are eligible for VA services, contact VA benefits.

Elizabeth Maguire, MSW, works at the Center for Healthcare Organization and Implementation Research This post was reprinted from AIDS.gov, May 10, 2017.