Utah health officials are warning that close to 5,000 emergency room patients at a local hospital may have been exposed to hepatitis C virus (HCV), after an infected health worker was found to be diverting medications while on the job, ABC4 News reports.

In November 2014, an employee at the McKay-Dee Hospital in Ogden, Utah, known to be living with hep C genotype 2b, was identified, questioned and terminated from her job after a drug monitoring system alerted officials to painkiller shortages at the facility.

Since then, the hospital reports that at least one patient has contracted the same rare HCV strain as the former employee. Since only about 10 percent of total hep C cases in the United States are genotype 2b, health officials are assuming the two cases are linked.

The Utah Department of Health recently sent out 4,800 letters urging patients who received care at the facility’s ER between June 2013 and November 2014 to get screened for hepatitis C. McKay-Dee is providing free HCV tests to anyone notified of their potential risk, and it has also set up a hotline for concerned patients at 801-387-8580.

Since 2008, the U.S. Centers for Disease Control and Prevention has reported at least 22 health care–related hepatitis C outbreaks in this country. To learn more about the complicated relationship between drug diversion and viral hepatitis, click here. 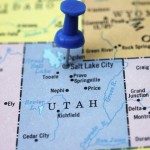