Researchers at University of Florida Health successfully developed and used artificial intelligence to better predict the treatment outcomes of people with chronic hepatitis C virus (HCV). Even though modern treatment can cure the vast majority of people with hepatitis C, even a small percentage of treatment failures can result in large numbers of death and loss, not to mention the costs associated with hepatitis treatment. 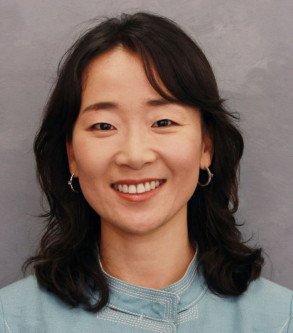 Some of the research was done using HiPerGator, a supercomputer at the university that is one of the fastest in the world, according to a press release on the research.

To create the algorithms, Park and her colleagues looked at data from nearly 5,000 people who were treated with one of seven hep C treatments between February 2014 and 2018. Researchers then used data from an additional 1,631 people to verify their algorithms.

In addition, the algorithms identified 41 factors that influence a person’s risk for treatment failure, including diabetes, tobacco and alcohol use, high blood pressure and the use of certain nonprescription meds for acid reflux. The algorithms determined from these factors whether a person’s treatment was likely to fail.

“Machine learning algorithms performed effectively for risk prediction and stratification of DAA [direct-acting antiviral] treatment failure,” the researchers concluded in the study abstract. Their findings were published in the January 16 issue of Hepatology.

Although the scientists need to further refine their work before it can be deployed in everyday clinical settings, according to the press release, they envision the artificial intelligence being used to flag high-risk patients and to help doctors make better decisions about treatment options. What’s more, the algorithms could simply be included with other electronic health records.

“This is the first AI model developed to predict direct-acting antiviral treatment failure,” Park added in the press release. “This is a good foundation for future research.”

Hepatitis refers to inflammation of the liver, the body’s filtration system. Untreated, it can lead to liver damage, scarring (cirrhosis), the need for a liver transplant and death. Hepatitis has several causes, including toxins, chemicals, excessive fat and alcohol and viruses, including hepatitis A virus (HAV), hepatitis B virus (HBV) and hepatitis C virus (HCV).

To learn more, see our Basics on Hepatitis C Treatment, which includes sections on approved meds, side effects, clinical trials and much more.