The U.K.’s The Sunday Times has incorrectly reported that scientists are on the brink of an HIV cure.

U.K. Papers Erroneously Report, Yet Again, That an HIV Cure Is Near

The misreported news, which originated in The Sunday Times, concerns a “kick-and-kill” cure attempt that still requires years of follow-up.

British journalists have done it again. The United Kingdom’s Sunday Times and The Telegraph have each published erroneous, hyperbolic articles claiming that a cure for HIV is around the corner. The Telegraph in particular has developed quite a history of jumping the gun on this subject, with a notable blunder in 2013 and another in April 2016.

According to aidsmap, the reports, which originated in The Sunday Times, concern one HIV-positive man who is participating in a study of a “kick-and-kill” strategy for reducing the size of the viral reservoir and possibly eradicating the virus entirely.

Such an HIV cure attempt involves using one means of flushing HIV from its hiding places in the viral reservoir and another technique for priming the immune system to kill off infected cells.

While The Sunday Times states that the British researchers are on the “brink of a cure,” their research is actually only in its early stages.

The participant in question had received the kick-and-kill treatment but is still taking antiretroviral (ARV) medications. Researchers cannot know whether his virus will rebound unless he discontinues his ARVs. Furthermore, he and all the other trial participants will require years of follow-up before the scientists could claim success in curing them.

Even if any of the participants are cured, this cure method may not be broadly applicable, since it is being tested only among those recently infected with the virus, who may have a better shot at a cure than those infected longer.

The study, known as Research in Viral Eradication of HIV Reservoirs, or RIVER, aims to recruit 52 people who contracted the virus during the previous six months. About 15 percent of the VISCONTI cohort in France have remained in viral remission after starting an aggressive antiretroviral (ARV) treatment regimen that early in the course of their infection and then later going off their HIV medications.

In theory, the viral reservoir has not fully developed within the first six months of HIV infection, which allows a greater chance for eradication, since it is the reservoir that complicates cure attempts.

Participants in the RIVER study will take 22 weeks of a four-ARV combination regimen including Isentress (raltegravir). Then they will be randomly assigned to stay on that regimen alone or receive an additional vaccination meant to improve their immune system’s ability to go after cells harboring HIV. Over a four-week period, the latter group will also receive 10 doses of the HDAC inhibitor vorinostat, meant to flush the virus from cells that make up the reservoir.

The researchers will measure levels of HIV DNA in the participants 40 and 42 weeks after they start treatment. They intend to conduct medical tests on the participants for the next five years. At this time, they are not recommending that any participants stop taking ARVs. Even if participants discontinue their HIV treatment and don’t see the virus rebound, they may not be considered definitively cured until considerable time has passed without incident.

As seen most famously in the case of the Mississippi Baby, HIV can appear vanquished, with an individual off treatment but not apparently experiencing viral replication, only to rebound months or years down the road.

The RIVER study will likely not release any results until the first half of 2018. 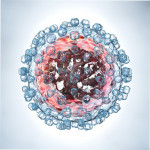 In Very Rare Cases, Some Hep C May Remain After a Cure 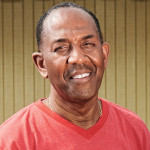 Dance to the Music