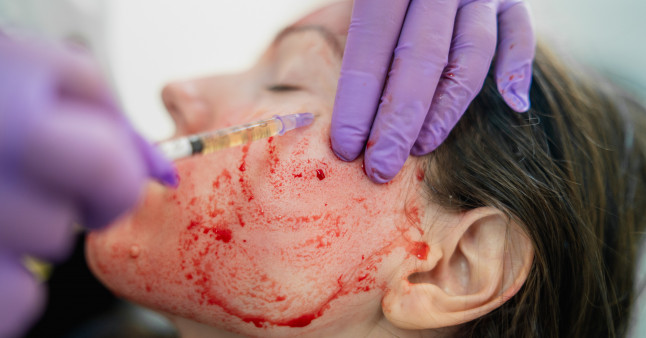 The state’s health department is providing free testing to clients.

Health officials are offering former clients of a defunct Albuquerque spa free and confidential HIV testing after two cases of the virus were reported among those who received injection-related procedures at the spa, CNN reports.

On April 29, the New Mexico Department of Health (NMDOH) announced that lab tests confirmed that two clients from the VIP Spa had been diagnosed with the same strain of HIV. NMDOH says this fact increases the likelihood that the infections might have resulted from a procedure at the spa—specifically, a vampire facial each individual received at the spa between May and September 2018.

A vampire facial is a cosmetic procedure that involves injecting nutrient-rich plasma into the skin on the face to achieve a more youthful appearance. The plasma typically comes from an individual’s own blood.

When the procedure is carried out properly, it shouldn’t expose anyone to HIV, hepatitis or other blood-borne diseases. But if equipment used, such as a micro-needling pen, is not disposed of correctly or sterilized between facials, the risk of exposure to such diseases is high.

The VIP Spa closed in September 2018 after it was determined that some of its practices could have led to the spread of diseases, such as HIV, hepatitis B and hepatitis C, according to a press release from the NMDOH.

“While over 100 VIP Spa clients have already been tested, NMDOH is reaching out to ensure that testing and counseling services are available for individuals who received injection-related services at the VIP Spa,” said Kathy Kunel, the health department’s cabinet secretary, in a statement released on Monday.

Anyone who received injections between May and September 2018 can receive free testing at South Valley Health Commons or Casa de Salud Family Medical Office, both located in Albuquerque.

Experts recommend that individuals ensure that new equipment is being used and that tips and needles are changed before they undergo any spa procedures.

For related coverage, read “CDC Maps Injection-Drug-Driven HIV Outbreak Among Seattle’s Homeless” and “What Fuels the Spike in HIV Among Drug Users in Glasgow?”