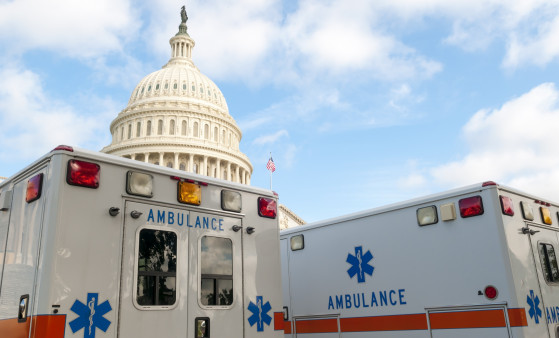 We will never end the HIV and hepatitis epidemics by preventing people with preexisting condition from accessing care.

July 16, 2018 • By The National HIV STD and Hepatitis Policy Partnership

The following is a statement from the National HIV, STD, and Hepatitis Policy Partnership, which includes AIDS United, NASTAD, National Coalition of STD Directors, NMAC, and The AIDS Institute:

Washington, DC -- Tuesday, the Trump administration announced that the Centers for Medicare & Medicaid Services (CMS) would make just $10 million in funding — down from $36 million last year — available for Affordable Care Act (ACA, or Obamacare) patient navigators tasked with assisting people enroll in marketplace insurance plans. The ACA Patient Navigator program has been a critical part of education and enrollment efforts, helping millions of Americans understand their coverage options and enroll in the best plan for them. This latest decision to gut navigator funding — the program has seen an 84 percent reduction in funding in just the last two years — comes on the heels of regulations unveiled earlier this year that greatly weakened the program’s community presence and focus.

Just days before announcing this latest cut in navigator funding, the Administration announced it would suspend payments to insurers made as part of the federal risk adjustment program. This program aims to offset the higher costs incurred by insurers for covering people living with chronic and complex conditions. Coupled with the Administration’s decision last year to abruptly end cost-sharing reduction payments to insurers, this latest move will further destabilize the Marketplaces, with distinct harm for people living with and at risk for HIV, STDs (sexually transmitted diseases or infections; STIs), viral hepatitis, and other pre-existing conditions by jeopardizing the progress made in expanding their access to coverage. We will never end the HIV epidemic or address related STD and hepatitis epidemics if we continue to erect barriers preventing people affected by them from accessing care.

Defunding the Patient Navigator program and suspending risk adjustment payments are only the most recent actions in what has been a systematic dismantling of the ACA’s protections for people living with pre-existing conditions, including HIV, STDs, and viral hepatitis. In the first few days of his Administration, President Trump issued an Executive Order announcing support for the complete repeal of the law and directing federal agencies to unwind federal protections and regulations in favor of state flexibility. Since that time — and with cruel precision — the Administration has set its sights on weakening or eliminating the ACA’s protections for people with pre-existing conditions.

This includes rolling back many of the protections from discriminatory insurance practices that made private insurance unaffordable for people who needed it most. Opening the market to cheaper, skimpier plans has a two-fold effect on people with pre-existing conditions: It creates the very real possibility that individuals will end up in “junk plans” that are attractive because of their low premiums, but that do not cover important services when people get sick; and it makes comprehensive coverage prohibitively expensive.

Finally, this Administration’s unprecedented decision not to defend the ACA in its most recent court challenge marks the most egregious and cynical attack on the ACA to date. In its brief filed in federal court, the Department of Justice argues that the ACA’s prohibition on pre-existing condition exclusions and premium rating protections are unconstitutional. Without these protections, we will return to a pre-ACA private insurance environment where people living with HIV, STDs and/or viral hepatitis, or any other pre-existing conditions are effectively locked out of private insurance coverage. The ACA has extended coverage to millions of Americans since its passage. The Administration should be committed to making the ACA better instead of tearing it down.