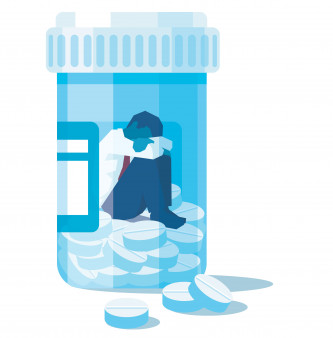 Researchers followed people with a drug-injection history who had been cured of hepatitis C and were receiving addiction treatment.

People with a history of injection drug use who receive medication-assisted treatment (MAT)—such as methadone, buprenorphine or naltrexone—for opioid use disorder have a low hepatitis C virus (HCV) reinfection rate after they are cured of the virus, a new study shows.

Researchers recruited 141 participants from a randomized controlled study that assessed various means of providing care to people with a history of injection drug use who were receiving MAT in the Bronx in New York City.

A total of 114 of the participants, all of whom were cured of HCV, made at least one of the study follow-up visits, which were scheduled every six months for up to two years. Following the 24-week mark after they completed their hep C treatment, 19% of these individuals reported ongoing injection drug use.

The study authors found that reinfection was associated with reported ongoing injection drug use, a lack of confidence in the ability to avoid contracting hep C, homelessness and living with a person who injects drugs.

According to the study’s lead author, Matthew J. Akiyama, MD, MSc, an assistant professor of medicine at Albert Einstein College of Medicine in New York City, the low overall reinfection rate among the participants suggests that “concerns about reinfection should not limit HCV treatment” for people who inject drugs, especially if they are receiving MAT. “Treatment as a form of prevention may be even more important among those who continue to inject drugs while on [MAT] o reduce HCV transmission,” he says.